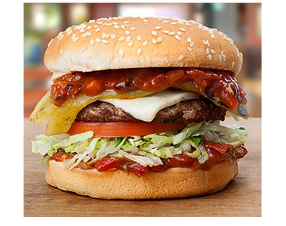 Habit Restaurants LLC in Irvine filed for an initial public offering valued around $86 million, according to reports.

The parent company of fast casual Habit Burger Grill did not provide information on share price, number of shares or stock exchange. The ticker symbol will be HABT.

According to its filing the company has added or plans to add 22 to 28 restaurants a year between 2013 and 2015. A restaurant costs about $750,000 to build, with average unit volumes of $1.5 million and returns of 30% or more in the third full year of operation, the filing said.

Habit was founded in 1969. Private equity firm KarpReilly LLC in Greenwich, Conn., led an investor group that bought a majority stake in Habit Restaurants in 2007.

The company has quadrupled in size since then to 98 locations and entered several new markets. Sales system-wide has grown 40%. It ranked No. 16 on the Business Journal list of OC-based restaurants.

The announcement of Habit Restaurant’s plans for an IPO follows the recent initial public offering by the parent of Costa Mesa-based El Pollo Loco. The company raised $112 million in its IPO on July 25 and has nearly doubled in share price since to about $34 in recent trading.