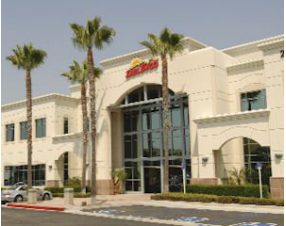 A number of limited partnerships plan to sell four portfolios of land and buildings that house a total of 22 Del Taco fast food restaurants in California, according to Newport Beach-based CBRE, the listing broker for the portfolios.

Del Taco LLC, an affiliate of Lake Forest-based Del Taco Holdings Inc., is a minority investor in each partnership.

Chicago-based Levy Acquisition Corp. is set to close in June on its acquisition of Del Taco Holdings Inc., which has about 550 restaurants in 16 states.

CBRE Senior Vice President Philip Voorhees said each portfolio has between 3 and 8 restaurants and must be sold as the four portfolios. Neither pricing guidance nor an initial bid date had been set, he said.

Restaurant chains have been selling the real estate under their locations but Voorhees said the portfolios are for sale to “return invested equity to the partnerships.”

It wasn’t known if the restaurants on the sites are company-owned or franchised.

CBRE and Del Taco declined specific comment about the details of the offering.