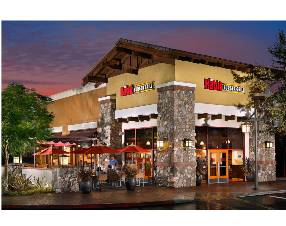 Shares in Irvine-based Habit Restaurants Inc. were up about 4% in midday trading Friday to a market cap of $850 million after the company reported it earned $3 million in its most recent quarter, an increase of 20% over $2.5 million in the same period last year.

Same-store sales grew 12.6% for the quarter.

It said it also plans to open three to five franchised restaurants this year.

The chain would have about 140 restaurants by year-end if all the locations open.

Other 2015 guidance includes annual revenue of $221 million to $225 million and same-store sales growth of at least 4%.