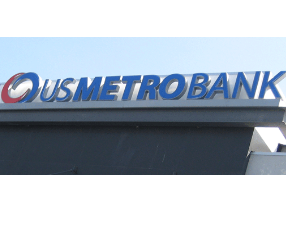 Garden Grove-based US Metro Bank received a consent order from state and federal regulators to address shaky loans and devise a three-year strategic plan, among other requirements.

US Metro must maintain its Tier 1 capital level—which includes common stock and earnings—at a minimum of 10% of its total assets, according to the report. The ratio was 15% at the end of September. Data on the bank’s fourth quarter are not yet available.

The bank is required to provide a written report by mid-February outlining how it will deal with loans that are “adversely classified as ‘substandard’ or ‘doubtful’ … to a level of acceptable asset quality.”

The order prohibits the bank from paying cash dividends or making other payments to shareholders without regulators’ approval.

Regulators also ordered US Metro to come up with a “corrective plan to address the funds management weaknesses” by the middle of next month. The bank must “formulate and fully implement a written three-year strategic plan inclusive of a comprehensive budget for all categories of income and expense” by mid-March.

US Metro is not allowed to open new branches or engage in new lines of business without regulatory consent. It has one branch in Garden Grove and a loan office in Los Angeles.

The recent consent order issued by the Federal Deposit Insurance Corp. and the California Department of Financial Institutions followed a review by the regulators in August.

US Metro lost $1.4 million in the third quarter, when it had $3.2 million of interest and noninterest income and nearly $88 million in assets.

The consent order also calls for a plan to address repayment of funds the bank borrowed from the U.S. Treasury under the Troubled Asset Relief Program. US Metro, one of two Orange County banks that still have unpaid TARP money, borrowed $2.86 million in 2009, and has so far paid $432,678.

Westminster-based Saigon National Bank borrowed $1.55 million in 2008 and has not made any payments.