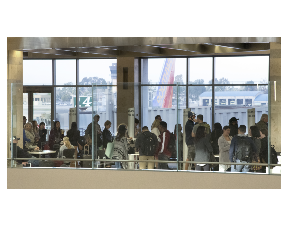 Orange County will redeem about $27.2 million in airport revenue bonds July 1 after supervisors yesterday approved the move in a 5-0 vote yesterday. A four-fifths majority was required for passage.

The pre-payment will save the county about $13.6 million in future interest costs.

John Wayne Airport had 10.5 million passengers in 2016 and annual passenger totals there are capped at 10.8 million through 2020.

“This will take some of the pressure off when the caps hit,” Woolery said.

The county and John Wayne Airport in July 2009 issued $233.1 million in bonds to finance new facilities and improvements at the airport.