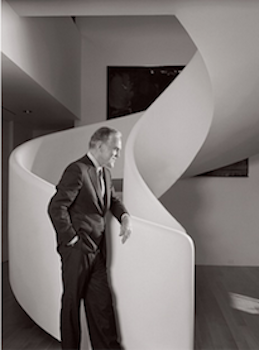 Henry Segerstrom has died at age 91, after a short illness, according to C.J. Segerstrom & Sons, owner and manager of South Coast Plaza.

Segerstrom was managing partner of the Costa Mesa-based company, and a real estate developer and philanthropist. He is considered one of the founding fathers of modern Orange County, and a driving force of what is now known as the South Coast Metro area.

Segerstrom and his cousin Hal opened South Coast Plaza in 1967. Today it has more than 250 stores and an estimated $1.7 billion in annual sales.

He was founding chairman and chief benefactor of the Orange County Performing Arts Center, now called Segerstrom Center for the Arts.

Segerstrom received the Carnegie Hall Medal of Excellence in 2010 in New York City for his “dedication to developing the unique cultural landscape of Orange County” according to Carnegie Hall’s board.

Segerstrom’s grandfather Carl Segerstrom founded C.J. Segerstrom & Sons more than 100 years ago. The family was at one time one of the largest producers of lima beans in the U.S.