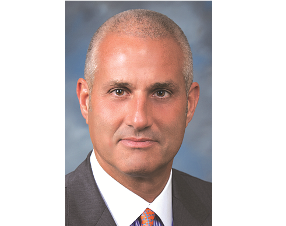 Shareholders at last week’s annual meeting of Irvine-based Opus Bank had plenty to discuss about the past year when the once high-flying bank fell back to earth.

The second largest bank headquartered in Orange County reported that its “criticized” loans, those “with potential weakness,” tripled to $359 million by March 31. The bank while profitable last year was forced to eliminate its dividend and raise cash.

It announced many new executives during the past year; sued some departed executives; and reported inadequate internal controls in recent filings.

Investors’ shares declined 36% during the year as the benchmark KBW Nasdaq Regional Banking Index rose 34% on the strength of the President Donald Trump rally.

“Opus Bank still has its challenges and that’s the narrative for the stock,” said JMP Securities LLC’s Chris York, the only analyst to rate the shares neutral in September before the bank’s problems were revealed.

Opus held its annual meeting on May 11 at its headquarters in Irvine. It didn’t permit news reporters to attend, an unusual move for a public company, nor did it provide online access. A bank spokesperson declined to speak about the annual meeting or to comment for this article.

The shareholders gathered to vote on the re-election of directors Mark Schaffer, Robert Shackleton and founder and Chief Executive Stephen Gordon to the nine-member board.

Even that vote drew complaints.

Institutional Shareholder Services on May 4 issued a report recommending shareholders withhold their votes for Schaffer, 75, and Shackleton, 80, saying the staggered board structure adversely affects shareholder rights.

ISS ranked the bank with its lowest score of 10 for governance risk. It also gave a 10 grade for the board’s audit and risk oversight committee, which is headed by Shackleton. Schaffer, who once managed investments for the Roy E. Disney family, is chairman of the board’s governance committee.

The proxy announcing the annual meeting revealed that Gordon wasn’t given a bonus last year and that his compensation package was $1.55 million, far below the $3.3 million in 2015 and the $4.82 million in 2014.

Gordon, 54, according to the proxy, has a long history in banking, including as chief executive of Commercial Capital Bancorp Inc., which was acquired in 2006 for $1 billion by Washington Mutual Inc.

Opus was founded in 2010 when a group of investors led by Gordon completed the acquisition and recapitalization of Bay Cities National Bank, which was headquartered in Redondo Beach in Los Angeles County.

The bank grew rapidly as it completed seven acquisitions, and assets ballooned to $8 billion as of March 31. It has opened dozens of offices in the western U.S.

Then the roof collapsed in October when it warned that its third-quarter results would include $38.8 million in charge-offs.

Gordon’s expertise was in lending for multifamily franchises, while the bank’s commercial side showed credit deterioration in technology, healthcare and enterprise value loans, where collateral was often tied to sales and similar metrics rather than liens on real estate, analyst York said.

“When one bank grows much more quickly than the rest, taking share, that historically has proven to be a challenge, which is credit quality,” York said. “Stephen had a good record. In hindsight, he didn’t have everything in place for this growth.”

In October, the bank initially identified weakness in internal controls over its allowance for loan losses for impaired loans. In March, it acknowledged the problems were wider than previously reported. Auditor KPMG Inc. in the annual report said the bank didn’t “maintain effective internal control over financial reporting” last year.

“Opus did not have sufficiently qualified personnel reviewing its impaired loans,” Tim O’Brien, a managing director at Sandler O’Neill & Partners, wrote in a March report. Sandler served as the sole placement agent for Opus in February, and Gordon was a partner at the firm in the 1990s.

A key departure in January was Michael Allison, who was co-president and president of the commercial bank, York said.

In the past year, the bank announced the hiring or promotion of at least 10 top executives, including a chief risk officer, a chief banking officer and co-chief lending officers.

One of the hires was Sharmila Solanki as managing director of healthcare banking. In a September press release, Solanki was praised by both Gordon and Donika Schnell, head of Opus’ healthcare banking division. In March, Schnell, Solanki and other executives on the healthcare team left Opus for Chicago-based MB Financial Bank.

The bank didn’t have to restate its earnings and actually reported a profit of $11.5 million last year. However, its metrics plunged across the board. Its net interest margin dropped to 3.62% from 3.95%; it has steadily declined annually since a high of 5.96% in 2012.

Even Santa Ana-based Banc of California, its larger OC rival and one with its own problems, such as a Securities and Exchange Commission investigation, piled on. During its first-quarter presentation, Banc of California presented a chart that showed Opus Bank having the worst nonperforming assets ratio, 1.09%, among a dozen similar-sized banks. Banc of California, by contrast, reported a ratio of 0.18%.

With Opus’ capital ratios falling closer to minimum levels required by regulators, the bank moved to preserve capital. It canceled its dividend, and raised another $53 million from the sale of its common stock in a private placement at $18.50 a share. Last July, it issued a subordinated debt offering of $135 million in notes due in 2026.

In December, it completed the sale of $509 million in multifamily loans, resulting in a $14.2 million net gain. The bank had over $1 billion in cash and nearly $900 million in investment securities by March 31, Gordon said on the first-quarter conference call.

Opus also recruited experienced industry executive Paul G. Greig, a former director of the Federal Reserve Bank of Cleveland, to its board in April. Greig was chairman and chief executive of FirstMerit Corp. from 2006 until it was sold last year for $3.4 billion to Huntington Bancshares Inc.

Opus may originate $1.4 billion in loans this year, down 39% from $2.25 billion last year. Not only will that slow the bank’s growth; it will also harm OC businesses that previously received loans from the bank, York said.

In his report, York told investors that shares are “fairly valued” and that this is “a year of transition.” He said he isn’t sure the worst is over for Opus and whether more charge-offs will occur.

“That’s where investors will look when the bank reports—charge-offs and provisions,” he said. “They essentially have to stabilize the boat.”