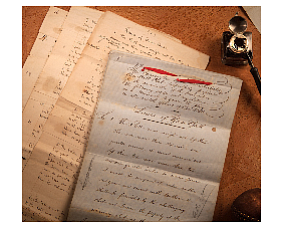 The price of the historic “Laws of Base Ball,” written in 1857 by Daniel Lucius “Doc” Adams, is a record for a baseball document or contract and the third highest of any piece of sports memorabilia.

The previous record for a baseball document was $1.2 million for Babe Ruth’s 1918 Red Sox contract, which sold in 2014.

SCP Auctions sold Babe Ruth’s 1920 New York Yankees game-worn jersey for $4.4 million in 2012, the highest price brought by any piece of memorabilia. The 1891 Naismith Rules of Basketball ranks second, selling for $4.3 million in 2010.

The spring auction, which featured 1,310 lots, including 166 from the Don Drysdale Estate Collection, took in $7.2 million.

The Drysdale collection, which was the largest personal assortment of Dodgers memorabilia offered publicly, included the late Hall of Famer’s 1963 L.A. Dodgers World Series championship ring, which attracted $110,111, and his 1962 Cy Young Award, which sold for $100,100.

Other highlights from the auction included:

The buyers of items chose to remain anonymous, according to SCP.

SCP, which was established in 1979, has brokered or auctioned some of the biggest sports memorabilia deals in history, including the famed T206 Honus Wagner baseball card that fetched $2.8 million, a Jesse Owens gold medal from the 1936 Olympic Games that drew $1.4 million, and the bat Ruth used to hit the first home run in Yankee Stadium, which attracted $1.3 million.