CSUF Gets TV Gear on Grant 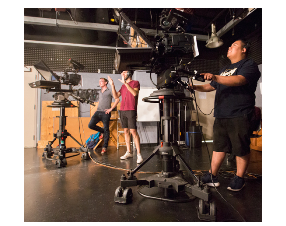 CSUF said pedestals are integral to students’ work. Students learn production skills—panning, tilting, pedestaling and “dollying”—and how cameras should function, from the perspective of the camera operator and the director, said Shelley Jenkins, a lecturer in cinema and television arts.

The grant follows earlier association donations during the 2016-17 school year totaling about $30,000, given for a culminating filmmaking course and scholarships.