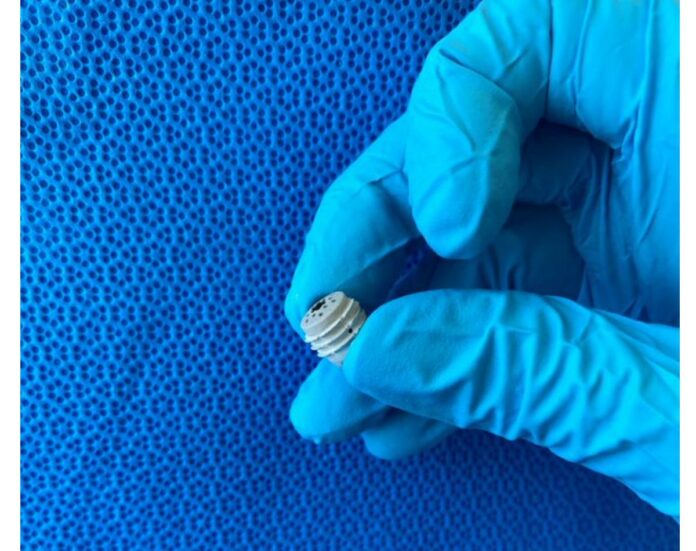 A Huntington Beach-based medical device maker that says it has a new way to repair bone joints has completed a Series C funding round.

Subchondral, which means below the cartilage, says it has developed a noninvasive implant called S-Core that can help restore biomechanical functions for damaged bones, particularly joints for knees, ankles and toes. The FDA cleared the implant in 2020.

The implant, for example, is like a headless screw made from titanium and coated with hydroxyapatite. The implant, which measures from 4 millimeters to 10 millimeters, is designed to allow for blood and marrow communication to stimulate bone remodeling.

“Our S-Core device is quickly becoming a significant player in the foot and ankle and orthopedic sports medicine markets and will soon be expanding into upper extremities,” Kinder said.

The company has expansion plans, including doubling its headcount to about 25 in the coming 18 months.

Derek Dee was an orthopedic surgery resident at University of California, Irvine before inventing the product, which is patented. He started Subchondral in 2013 and is its chief medical officer.

Two other founders include Chief Technology Officer Chris Maurer, who has worked with U.S. Surgical Corp. and Medtronic; and Chief Science Officer Thay Lee, who specializes in shoulder and knee biomechanics and has more than 300 published articles.

Kinder has been in medical devices for more than 30 years, including as regional sales director for U.S. Surgical and vice president of worldwide sales at Imagyn Medical and Cardiogenesis Corp.

He also founded Catalina Life Sciences, which made nutrients for patients who underwent weight loss surgeries.

“I sold it in 2010 for a 30-multiple—that was pretty crazy,” he said.
Kinder, who also has his own consulting firm for medical device startups, joined Subchondral in 2019, saying he was intrigued by the product because it delays the onset of osteophytosis.

“If I could have it implanted 10 years ago, my athletic abilities would have been much better,” he said. “It’s a very simple technology.”

Recovery time is about four to five weeks, compared to a typical 10 weeks, he said.

The product could be compared to the need for rebar in cement.