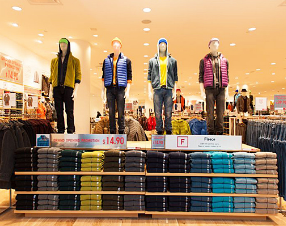 Japanese fast-fashion retailer Uniqlo is headed to South Coast Plaza, according to a report.

A South Coast spokeswoman on Tuesday declined to comment on the retailer or confirm or deny the Racked report.

Uniqlo has 17 U.S. locations in New York and New Jersey along with California stores in San Francisco and San Mateo.

The center is set to see Dutch clothing company Scotch & Soda open in May. It will be the retailer’s first OC location.

Spanish fast-fashion retailer Zara is set to unveil its expansion and remodel in June that takes its store from 9,100 to 17,000 square feet.

An event to celebrate the reopening of Bottega Veneta’s recently remodeled space at South Coast Plaza is set for Thursday.