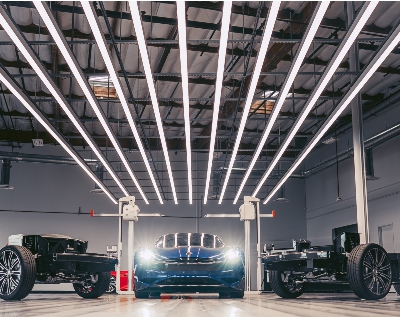 Irvine-based Karma Automotive said Thursday it plans to release an all-electric version of its Revero as the luxury automaker aims to prove the range of its E-Flex chassis.

Karma said its new Revero GTE will be made at its Moreno Valley manufacturing plant and roll out early next year. Buyers in China and Europe will see it in fall 2021.

Karma revealed its E-Flex Platform last month to serve as both the backbone to the buildout of its own vehicle lineup, in addition to selling the chassis to other electric vehicle makers. The latter element of the plan is a way for the company to generate additional cash outside of vehicle sales.

The platform’s launch was followed by the unveil of an autonomous van also using E-Flex.