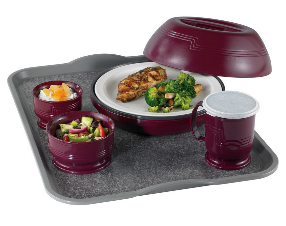 Huntington Beach-based Cambro Manufacturing, maker of plastic products for the food services industry, has announced plans to build a facility in North Carolina in an investment that’s expected to top $30 million.

Cambro makes trays, table service products and food containers, among others. Its products are used in the restaurant, healthcare, hospitality and education sectors.

The company, founded in 1951 in Huntington Beach by brothers Bill and Argyle Campbell, has about $300 million in annual revenue and operates production units in California and overseas, including in Germany, China and Turkey. It has about 1,200 employees overall.

Cambro said it plans to purchase 28 acres of land in Mebane, N.C., where it will build a 220,000-square-foot production and distribution center. The company expects to break ground in June and open the facility in the first quarter of 2015.

Cambro said possible developments later could expand the facility to about 450,000 square feet. It’s looking to hire about 100 workers there.