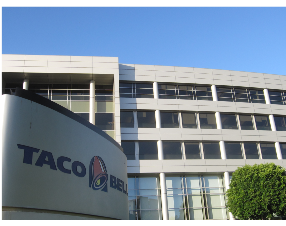 The highest-ranked local company is Taco Bell Corp. in Irvine at No. 14 with $8.5 billion in systemwide sales. Other food or restaurant chains ranked include:

Seven of the top 10 companies on the list are food-related, with McDonald’s Corp. in Oak Brook, Ill., heading the list at $87.8 billion in systemwide sales.

The trade magazine also lists U.S. locations, total locations, sales growth, how much of the system is franchised, and other data.