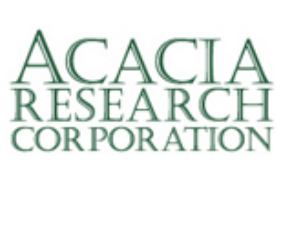 Investors sent shares down about 11% in early afternoon trading to a market value of $1.08 billion as the company also indicated legal fees in the quarter spiked from a year earlier.

Acacia licenses patents from its own portfolio and for other companies, typically splitting sales, licensing fees and court settlements with patent holders.

Revenue in the recently ended quarter topped $23.1 million, down 54.2% from a year ago.

Analysts on average had forecast revenue of about $70 million.

The company posted adjusted net income of $6.48 million, down 69% from a year ago.

Wall Street had expected net income of about $21.1 million.

On Thursday the company also announced its board approved a second-quarter cash dividend of about 12 cents a share, which didn’t sway investor sentiment.

Vella, 42, who joined Acacia in 2006, will succeed Paul Ryan, who is set to retire at the end of the month.

Ryan, 68, oversaw the company’s growth and expansion into new markets during his 16 years at the helm.