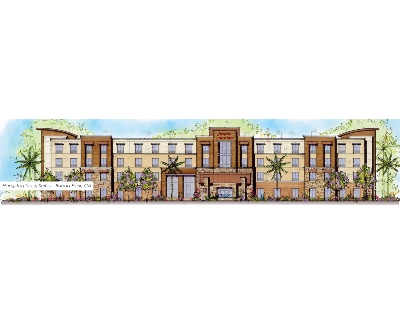 Local data show at least eight Orange County hotel projects are under way, several that are scheduled to open in the next six months, and most notable for something they’ll have in smaller amounts than just about any property in OC: meeting space.

Most construction (see box below) is limited or “select service” hotels, smaller offerings by design, with fewer bellhops and whistles—complimentary breakfast and a couple of thousand square feet for events.

“The average size of these properties is 100 to 150 rooms, and you’re not going to build lots of meeting space,” he said. “You don’t have the capacity.”

Reay said such hotels are easier for developers to finance and more profitable for owners to operate, producing profit margins of 35% to 50%, compared with 15% to 20% at full-service hotels with several hundred rooms and the full suite of amenities, commonly including multiple restaurants (see box, page 30). But that should change, as several of the latter type are planned.

That would be overflow from meetings held at the larger hotels; smaller and often local groups; and individual travelers or users who need only a room or two, views optional.

Hyatt House Irvine Director of Sales Adam Drescher said his property, which opens in October, will target extended-stay guests—“(short-term) project work, people relocating to the area, medical tourism”—and that 117 of the 149 rooms are suites with kitchen amenities.

The property—off the San Diego (I-405) Freeway between Jamboree Road and Von Karman Avenue—plans to tap nearby John Wayne Airport when it comes to marketing to travelers.

“The airport is the anchor,” Drescher said.

Catering is in-house. “There’s a bar and restaurant, outdoor patio, and a fireplace and fire pit,” Drescher said. Maximum room capacity is 100. Pricing is all-inclusive.

“People are meeting a couple times a year, and holding an event isn’t their job,” he said. “We expedite it.”

A hotel under construction in Buena Park is going in another direction, considering its tourist-centric location.

The Hampton Inn & Suites that opens there in November looks to be a bigger business fish in its huge tourism pond. It’s three miles from Knott’s Berry Farm and will try to stand out by offering meeting space in a market that caters largely to families visiting the park.

Hotel operator Twenty Four Seven Hotels in Newport Beach plans to market meeting space to some of the same travelers—Hampton guests might also be headed to Knott’s—but even that much space helps groups that need it. A sports team here for a tournament might use it for “breakfast overflow,” said Corporate Director of Sales Mae Serrano via email. “These bookings often account for more than two guests per room,” which would tax capacity at its dining area, she said.

Meeting areas can be set up for large groups’ breakfasts, which can then be packaged into the overall booking’s price and gives individual guests a quieter space for their own meals in the dining room.

Twenty Four Seven has followed a similar path for such groups at a hotel it operates in Ontario, Calif., using small amounts of meeting space as a big definer in the market.

Properties also attract “local groups and associations, church communities and board meetings” Serrano said. Clients are looking for rooms with “more of a dialogue [format and] less classroom- or theater- set-up” than usual.

Two projects being developed by R.D. Olson Development in Newport Beach and built by sister company R.D. Olson Construction in Irvine aren’t select service and will check in at a higher register for meeting space.

Marriott Irvine Spectrum will have 271 rooms and just under 15,000 square feet of meeting space—about half for one meeting room and a ballroom, both of which can be divided; prefunction area, and an outdoor lawn, said Michael Chavez, a project executive who’s overseeing the build.

“The doors open up large enough to get cars in there,” he said. “You could hold a mini-concert if you wanted to,” something Paséa has done in its spaces.

A development company spokesperson, Jonathon Vopinek, said via email that the property will offer private pool cabanas for breakout sessions, and that the Courtyard Irvine Spectrum, which Olson also developed and built a short walk away, has several thousand more square feet of space that could also come into play.

The Marriott had been scheduled to open in October, but January looks more likely, Chavez said.

The property is on Balboa Peninsula near Lido Isle and part of Marriott boutique brand Autograph Collection.

“It has a Cape Cod, beach-type feel,” Taylor said.