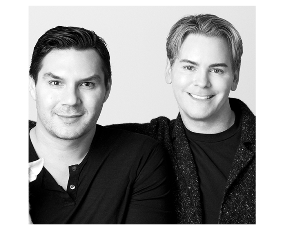 General Atlantic in New York said it acquired a majority stake in Irvine-based Too Faced Cosmetics from Weston Presidio for an undisclosed amount.

The deal is estimated at $500 million according to Women’s Wear Daily. Other final bidders included L Capital in Paris and the Estée Lauder Cos. Inc. in New York.

“The team at General Atlantic was a natural fit,” Jeremy Johnson, Too Faced cofounder and chief executive, said in a statement. “Their experience will help us accelerate our expansion as we invite even more women around the world to ‘own their pretty.’”

Johnson and cofounder Jerrod Blandino, who is creative director for the company, appear set to retain their operational roles as well as stakes in the brand.

Privately held Too Faced has an estimated $150 million in annual sales, with a distribution network that includes major retailers such as Macy’s, Sephora USA Inc. and Ulta Salon Cosmetics.

Blandino and Johnson cofounded the brand in 1998. The duo sold a majority stake to San Francisco–based Weston Presidio in 2012 for $71.3 million, using a portion of the funds to expand operations internationally, online and with their retail partners. The brand was sold at 1,200 stores nationwide at the time, and has since widened its reach to about 2,250 locations in the U.S. and 750 overseas.

Jeff Mills, a partner with Weston Presidio, said Too Faced had quadrupled in size since the 2012 investment. “We are delighted that they have found a new, world-class partner to take the business to even higher heights.”

Ken Stevens will join Too Faced as chairman. Stevens previously served as chairman of Ulta; chief executive of philosophy, a skincare products company; and president of Bath & Body Works. Andrew Crawford and Andrew Ferrer, both senior executives on General Atlantic’s Global Retail & Consumer sector team, will take board seats at Too Faced.