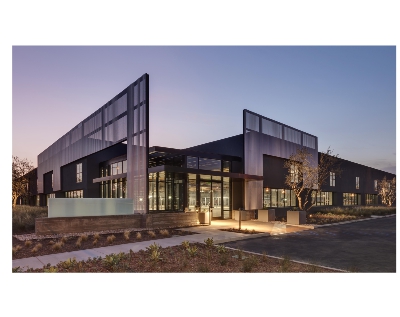 SteelWave LLC, the Foster City-based real estate investor currently heading the development of The Press creative office project in Costa Mesa, has added a pair of large buildings in Tustin—including one of the city’s recently rebuilt creative office properties—to its area portfolio.

The privately held developer was part of a venture that paid nearly $49 million for two adjacent buildings at the intersection of Red Hill Avenue and Bell Avenue, totaling about 223,000 square feet of space, real estate records show.

The building, across the street from the northwestern edge of the Tustin Legacy development, was sold by Newport Beach-based Bixby Land Co., which paid a reported $13.3 million for the building in 2014 and subsequently undertook a major renovation of the property, investing more than $5 million in upgrades to the one-time home of jewelry maker Cookie Lee Inc.

The building had been vacant since the 2014 sale, according to brokerage data.

The new owners have found a tenant for a bulk of the property—which is being rebranded as AIRspace—representatives of brokerage HFF LP said last week.

Tricon American Homes, a company that rents out single-family homes, recently signed a 78,000-square-foot lease at the building. It’s scheduled to move there this year.

The company, which counts a portfolio of more than 18,000 homes in 10 states, including California, has been based in Santa Ana.

Tricon is led by Chief Executive Kevin Baldridge, who joined a couple years ago and is the former president of the apartment division of Irvine Co., among the state’s largest apartment owners.

“We really like the location we are in now, but we’ve been running out of space,” Baldridge said last week.

Also coming to AIRspace is a 15,000-square-foot distillery and tasting room, as well as a 3,000-square-foot coffee roaster and café, according to HFF, whose team helped the buyers arrange a $26.7 million loan from Canadian Imperial Bank of Commerce to fund the acquisition and additional renovations.

SteelWave “intends to further improve the space by expanding the lobby and central corridor to better suit the project for multitenant purposes,” according to a statement from HFF, whose Pat Burger, John Marshall and Olga Walsh helped place the debt.

The Tustin office is among the few remaining local creative office properties in the portfolio of Bixby, one of the area’s larger proponents of creative office development during the current market cycle.

The building sold for about $228 per square foot.

Records show that the SteelWave-GEM partnership about a week ago also closed on the purchase of 1382 Bell Ave., a flex industrial manufacturing and distribution next to the 33.7 building.

The second Tustin building is on nearly 6 acres. Cushman & Wakefield’s marketing materials said the building was fully leased to Balboa Water Group as of earlier this year, but the maker of bath and spa parts is now vacating the site, sources tell the Business Journal.

Balboa Water’s website now lists a location in Costa Mesa, next to John Wayne Airport, as its headquarters.

The two purchases are the largest reported in OC for SteelWave since 2017, when it partnered with Dallas-based Invesco Real Estate to buy the former Los Angeles Times printing facility in Costa Mesa.

That deal was for about $65 million.

Redevelopment of the Costa Mesa project, now called The Press, is expected to result in a nearly 430,000-square-foot creative office campus, which will feature a nearly 40,000-square-foot food hall from Shaheen Sadeghi’s LAB Holding LLC.

SteelWave also redeveloped the former Emulex Corp. campus next to The Press into a creative office project called the Hive; the Los Angeles Chargers use the campus as its headquarters.

The campus was sold by SteelWave to a venture between Invesco and Goldman Sachs last year for $84 million.