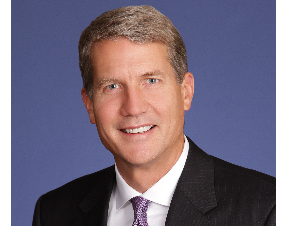 CalAtlantic Group Inc. in Irvine is being purchased by Lennar Corp. in a $9.3 billion deal, one of the largest on Wall Street this year.

The implied value is $51.34 per share, a 27% premium to CalAtlantic’s close on Oct. 27. Shares of CalAtlantic soared 21% to $49 after the deal was announced earlier today.

Shares of Miami-based Lennar are down 3% to about $56 on the news—it’s been trading at record levels, up 35% year-to-date and creating the buying power for the stock-for-stock deal.

The acquisition will create the nation’s largest homebuilder with revenue in excess of $17 billion and equity market capitalization of $18 billion.

The combined company will control approximately 240,000 home sites and will have approximately 1,300 active communities in 49 markets across 21 states, where approximately 50% of the U.S. population currently lives.

They expect cost savings of $250 million in the next two years by reducing overhead and eliminating duplicate public company expenses.

Both boards have unanimously approved the deal, which must be ratified by shareholders. CalAtlantic stock will be exchanged for 0.885 shares of Lennar Class A common stock in the transaction, which includes $3.6 billion of net debt assumed.

CalAtlantic Executive Chairman Scott Stowell will join Lennar’s board of directors. The companies’ statement didn’t say what will happen with other CalAtlantic executives.

CalAtlantic was formed by the 2015 merger of Standard Pacific Corp. and the Ryland Group.