Gen. William Lyon Steps Down from Homebuilder’s Board 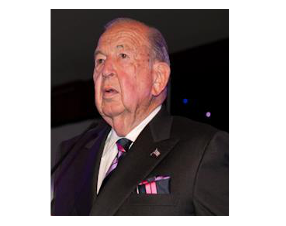 Newport Beach-based homebuilder William Lyon Homes said that its namesake and founder, General William Lyon, has stepped down as a director of the company.

General Lyon, who turns 94 next month, will continue to serve in his current role as Chairman Emeritus of the company. He’ll also continue to be invited to attend board meetings in a non-voting role, the company said.

A replacement board member has not been announced. William Lyon Homes counts a market value of $570 million.

General William Lyon had served as chairman of the board and executive chairman until last March. That role is now held by William H. Lyon, Gen. Lyon’s son.