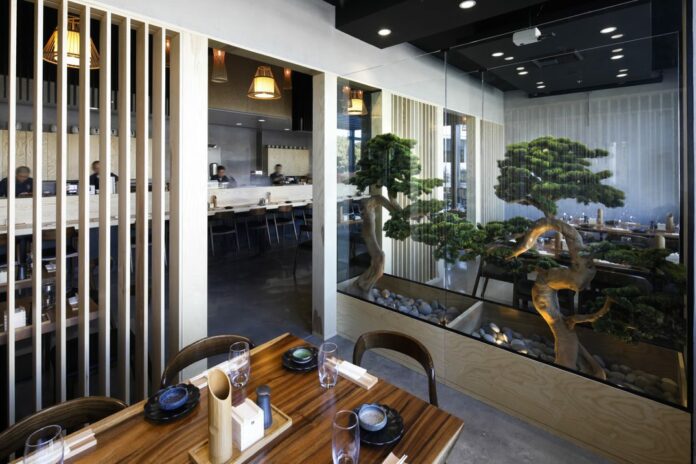 Centerview at Irvine Concourse continues to add restaurant tenants as it works to return to pre-pandemic office occupancy, with Izakaya Osen opening its first local outpost at the office campus near John Wayne Airport this month.

The restaurant, a high-end sushi concept with locations in Los Angeles, marks the fifth restaurant to open at Centerview since 2020.

Maldon’s Bistro is slated to open in January, and The Trough Sandwich Kitchen will open in early 2023.

The award-winning Porch & Swing restaurant opened at the complex in 2020.

“It’s no secret that employers are looking for ways to attract employees back to the office, and we’ve heard from tenants that the amenities, conveniences and hands-on management we’ve implemented at Centerview have helped their efforts,” Justin Nguyen, vice president of asset management for landlord Emmes, said in a statement.

Last month, EMMES reported a 70% increase in office parking utilization at Centerview since the beginning of 2022.