Going Once … OC.com on the Auction Block 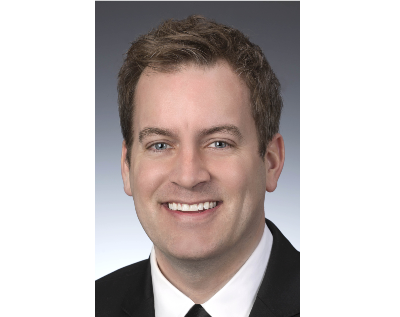 A piece of prime local real estate—albeit a virtual one—is up for grabs.

Robotic software maker OpenConnect Systems Inc. is selling oc.com, a domain it acquired more than 20 years ago that no longer conveys its branding message.

“It was an underutilized asset that could be monetized,” said the Dallas-based company’s chief financial officer, Charles Brockenbush.

OC.com is one of only 676 two-letter, dot-com domain names in existence. It has the potential to be “the ultimate asset for a company that represents Orange County,” according to Aron Meystedt, director of the domains and intellectual property department at Heritage Auctions in Dallas, which is brokering the sale. “LA.com sold for more than $1 million last year to the Tribune Co., and we see a similar opportunity for this rare domain, as well.”

Tribune’s Tronc Inc., which oversees the Los Angeles Times and San Diego Union-Tribune and several other national dailies, parked the webpage for now with just an “LA: A State of Mind” title and a video loop of young people having fun.

It’s “really hard” to register a domain that “somebody hasn’t thought of already,” Meystedt said, noting that all three- and four-letter domains are taken, “even combinations that don’t make sense.”

Denver-based Digital First Media, the parent of the Orange County Register in Anaheim, picked up more than 600 domain names when it acquired Freedom Communications Inc. last year for $49.8 million, according to documents filed with the U.S. Bankruptcy Court in Santa Ana. At least half of them are OC-related, including myoc.com, myochome.com, ocmetro.com, ocmoms.com and octeen.com. It also owns orangecounty.com, which directs web traffic to ocregister.com.

Freedom Communications also registered freedom.com in 1993, and Digital First sold it last month to Mount Laurel, N.J.-based Freedom Mortgage Corp. for about $2 million, according to Meystedt. His company is asking $850,000 for oc.com and has “offers in the $500,000 range from investor buyers already.”

He sold ve.com to London-based data processor Ve Interactive last year for “right around the OC.com asking price,” and nl.com for $575,000.

Other two-letter domain names have fetched far more, including fb.com, for which Menlo Park-based Facebook Inc. doled out $8.5 million in 2010. For once, the farmers got lucky—the seller was the American Farm Bureau Federation.

“You’ll never be able to buy aa.com again,” Meystedt said. “The best someone can do is maybe a combination of two words that are unique and fun for a brand, but you won’t be able to register a great, powerful one-brand name—it doesn’t happen anymore.”

Some claimed domains “are sitting dormant and waiting for [the right] buyer,” which should not be confused with cybersquatting, a practice of registering names of well-known companies and reselling them at a profit.

“It’s parallel to buying a good plot of land somewhere near the ocean, waiting for the development to happen,” he said.

San Francisco-based ride-sharing service Uber Technologies Inc., which started out with UberCab.com, purchased the Uber.com domain name in 2010 from Universal Music Group for a 2% equity stake and later bought the company shares back for about $1 million, according to a 2014 Vanity Fair article. It may have been an early divestment on Universal’s part—Uber is valued between $50 billion and $70 billion as it readies a likely initial public offering this year.

Meystedt set up Heritage Auctions’ office in Irvine Spectrum late last year as “a personal point of touch with clients in Orange County.”

“I’m trying to network and meet with our high-net-worth clients in Newport Beach and (the rest of) OC,” he said. “The plan is to maybe grow and add staff in the future.”

Heritage rang up more than $850 million in auction sales last year and calls itself the largest fine art and collectibles auction house behind Sotheby’s and Christie’s. It charges sellers and buyers a commission fee, usually around 15%. Its local competition includes Laguna Niguel-based SCP Auctions, which was established in 1979 and has brokered or auctioned some of the biggest sports memorabilia deals in history: the $4.4 million record-setting sale of the earliest known jersey worn by New York Yankees legend Babe Ruth and the famed T206 Honus Wagner baseball card, which fetched $2.8 million.

Meystedt, who’s also a member of the Irvine-based Tech Coast Angels investment network, operated a bunch of internet businesses while in college that “kind of morphed into me just selling domain names,” he said. “I was really sick of physically shipping items.”

His personal portfolio includes symbolics.com, the first dot-com address that now-defunct computer maker Lisp registered in 1985. He also owns xf.com, for which he’s been offered “well over $1 million several times.” Meystedt wasn’t ready to sell that one.

Over the past few years, he’s seen an influx of China-based buyers who are “really adopting digital investments like domains and bitcoin.” They’re after short domain names that include numbers considered to be lucky, as well as “oddball letter combinations that don’t mean much to us but mean a lot to people in China.”

Perhaps the Chinese will see “OC” as some others do—the essence of oddball.