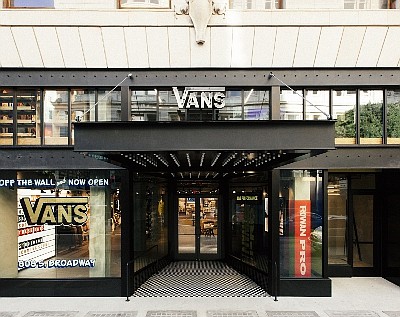 Vans Inc. said it is donating money to organizations aimed at combating racism.

“There is no place for hatred or bigotry in our family,” the company said in a message to its customers across its digital channels. “We stand in solidarity with the black community. Black Lives Matter.”

Companies across the U.S. have taken to their social media accounts with messages advocating tolerance and support for the Black Lives Matter movement in response to the death of George Floyd, an unarmed Minnesota black man whose death has now been ruled a homicide.

Some cities began rolling out curfews over the weekend in response to looting and vandalism by groups looking to take advantage of the protests, with parts of Los Angeles, Santa Monica, Beverly Hills and Long Beach still reeling from a particularly tough weekend that broke out in fires, graffiti and looting across stores along Rodeo Drive, The Grove and other shopping centers and districts.

Locally, South Coast Plaza pushed back its Monday reopening plans due to scheduled protests, with security placed across different entrances of the shopping center. The center remains temporarily closed with the online message, “We are saddened by the recent events in our country and care deeply for the safety and well-being of our entire community.”

Many other businesses throughout OC have boarded up windows as a preemptive measure against any potential vandalism.