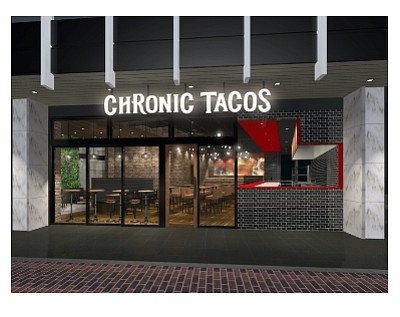 Chronic Tacos’ first location in Japan opens in March under a deal it signed with a franchisee last fall.

The Mexi-Cal fusion taco chain with the Day of the Dead vibe signed a 10-year master franchise agreement for the country in September with K&B Brothers, an affiliate of restaurant runner Kadoya Group in Tokyo.

“There is a lack of quality, fast-casual Mexican food in Japan,” said Ryohei Iwatani, President of K&B.

The location is in the Ginza District in Tokyo.

This is Chronic’s first international restaurant.

“There isn’t anything else like it outside of North America,” said Michael Mohammed, chief executive of Chronic Tacos Enterprises Inc.

The chain had 43 restaurants at the end of 2016 with $24 million in systemwide sales, good for No. 33 on the Business Journal’s list of OC-based restaurant chains; its 50th restaurant opened in November at UC Riverside.

Chronic Tacos, now based in Aliso Viejo, was founded in Newport Beach in 2002 by Randall Wyner. Mike Mohammed and his brothers bought a majority stake in March 2012.