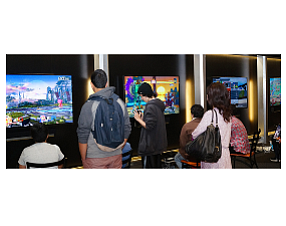 What has not happened yet is OombaGameWorks being acquired by a cash-flush, blank-check company known as a special-purpose acquisition company, or SPAC. In this case, the SPAC is Barington/Hilco Acquisition Corp., a joint venture between Barington Capital Group in New York City and Hilco Global in Northbrook, Ill. The SPAC has about $35 million and an initial Aug 11 deadline to spend it, and found Oomba to be a suitable acquisition partner, the Business Journal reported in May.

Oomba thought it would be beneficial to be acquired by the SPAC to help facilitate its acquisition of Gameworks and to take the combined company public, Williams told the Business Journal in May. However, Oomba was able to do the acquisition without the SPAC, getting a $25 million loan from Chicago-based ExWorks Capital.

The deadline for the SPAC to acquire OombaGameWorks has been extended to Dec. 31, Williams said.

Oomba originally developed a cloud-based management system for tournaments, and leagues for sports and games, including esports.