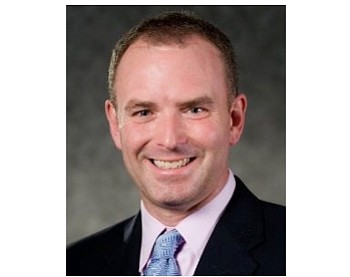 “Cylance has a disruptive technology, is experiencing hyper-growth in a large market, and has a really great team,” Robins said.

Robins, who will report to Chairman and Chief Executive Stuart McClure, was previously chief financial officer at AlienVault Inc. and Verisign Inc. He also was a member of the management team that in 2005 took public NeuStar Inc. That IPO raised $605 million and was named IPO of the year by a research committee at Renaissance Capital.

Robins declined to say if Cylance is planning an IPO. It was rated No. 17 on Forbes list of the top “Cloud 100” companies in the U.S., based on sales growth, market share and valuation.

Cylance was the fastest growing private, midsize company on last year’s OCBJ’s annual list. The company’s sales climbed to $81.8 million for the 12-month period ended June 30, 2016, up from $13 million the prior year.

The company today said its 2017 sales climbed 283%, but Robins declined to provide a specific sales number. Based on the prior year estimate, the growth rate implies about $231 million in fiscal year 2017 revenue.

The company, which began in 2012, now has around 800 employees and is moving into new offices in the Irvine Spectrum; a year ago, it reported 445 employees.