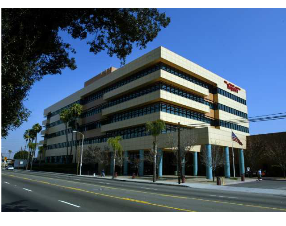 The Chicago-based owner of the Los Angeles Times and San Diego Union-Tribune topped at least two other bidders—one was an investment group led by Freedom Chief Executive Richard Mirman; the other was Digital First Media Inc., the Denver-based parent of Los Angeles News Group, which publishes the Long Beach Press-Telegram and the Los Angeles Daily News along with seven other daily newspapers in Southern California.

Freedom, publisher of the Orange County Register and the Press-Enterprise in Riverside, filed for Chapter 11 bankruptcy on Nov. 1. It had “$51.2 million of allegedly secured debt, and $47 million in unsecured debt,” as well as a “$155 million contingent claim of the Pension Benefit Guaranty Corp.,” Chief Financial Officer Chris Dahl said in an affidavit filed with the U.S. Bankruptcy Court’s Central District of California.

Tribune Publishing’s bid was for Freedom’s intellectual property, inventory, and real estate assets, and is subject to bankruptcy court approval at a hearing scheduled for March 21.

“The successful bid for the business of Freedom Communications will allow the Orange County Register and the Press-Enterprise to continue providing a distinct local voice in their communities and deliver premium news and information to consumers across Southern California,” Tribune Publishing Chief Executive Justin Dearborn said in a statement.

Tribune Publishing will not assume the pension obligations.

The winning bid also could face legal challenges, including a civil antitrust lawsuit seeking to block the deal. The U.S. Department of Justice filed suit seeking a temporary restraining order to delay a decision by the bankruptcy court as it pursues the suit.

Tribune Publishing discounted the anti-trust case as a meritless contention that overlooks changes in media over recent decades, including the rise of digital-based competition for daily newspapers.

Tribune Publishing’s apparent win came after Digital First was declared the stalking horse—or baseline bidder—prior to the auction. It submitted a refundable deposit “equal to 10% of the cash component of the competing purchase price,” or $4.5 million. It is also entitled to a break-up fee of $1.13 million and expense reimbursement of up to $200,000.

The value of newspaper sales last year surpassed the $800-million mark for the first time since 2008, according to Dirks, Van Essen & Murray, a merger-and-acquisition firm in Santa Fe, N.M., that recently brokered the sale of Denver-based Voice Media Group Inc.’s OC Weekly to Duncan McIntosh Co. Inc. in Irvine.