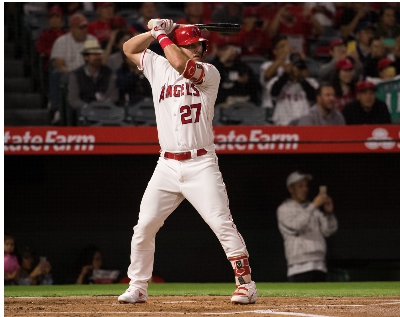 WHY: In March, signed biggest contract in history of North American sports—$426.5 million over 12 years.

HOW: Grew up in Millville, N.J., as fan of Philadelphia Phillies. 2009 first round pick. In 2011, became youngest Angel to hit two home runs in one game. Finished in top five in MVP balloting for each of his seven seasons, winning twice. Started season with career .307 batting average, 240 homers, 648 RBIs (see story, page 1).

FAST FACT: He has the eighth-most home runs through age-26 in MLB history, almost 100 more than Barry Bonds at the same age, according to ESPN.

QUOTABLE: On his record deal, “This is where I wanted to be all along. I have enjoyed my time as an Angel and look forward to representing the organization, my teammates and our fans for years to come.”