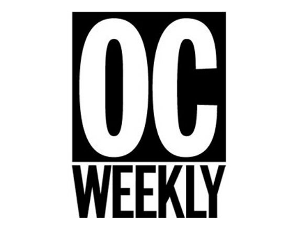 OC Weekly is up for sale, according to Denver-based Voice Media Group Inc., parent of the alternative newspaper.

Andy Van De Voorde, executive associate editor for Voice Media, said the company also would consider a partnership with investors instead of a flat-out sale.

Voice Media publishes a number of other alternaitve publications around the U.S., including the LA Weekly and the Village Voice in New York. It has hired Santa Fe, N.M.-based Dirks, Van Essen & Murray to “explore new strategies,” including sales or acquisitions, the company said Tuesday afternoon.

OC Weekly is the only newspaper the company owns that is on the sales block for now.

“I won’t lie, it was a rough year in Orange County, the last year, but I think it’s poised for profitability,” Van De Voorde said.

OC Weekly editor Gustavo Arellano said he expects to keep his team and position in place, regardless of owner.

“The fact that they’re trying to sell us means that we have value,” Arellano said.

The free magazine, published since 1995, has a circulation of about 64,000 according to Alliance for Audited Media in Arlington Heights, Ill.

News that OC Weekly is up for sale has generated “a lot of interest,” according to a spokesperson for Dirks Van Essen & Murray.