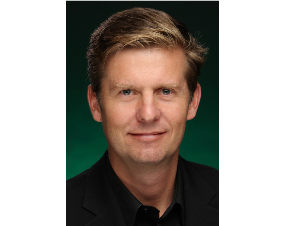 Cylance Inc. in Irvine has initiated a round of job cuts in a restructuring.

It’s unclear if this was the first layoffs for the fast-growing, five-year-old security software maker, which declined to disclose the number of cuts.

“The reductions were part of a healthy restructuring that will enable our next phase of growth,” co-founder and Chief Executive Stuart McClure said via email.

The total cuts are less than 50, which means the company will not be required to file a Worker Adjustment and Retraining Notification with the state Employment Development Department, according to a company spokesperson.

Under state law, companies with 75 or more part or full-time employees must file a WARN notice due to “plant closings, layoffs or relocation of 50 or more employees within a 30-day period.”

Cylance has added more than 500 employees in the past year to more than 650 companywide, the vast majority at its operations in Irvine.

“These changes are a normal part of balancing business needs and company capabilities that carry out each year,” the company said in a statement.

Cylance was established in 2012 and has grown into one of OC’s most-watched companies.

The leap claimed the top spot among midsized companies—those between $10 million and $100 million in annual sales—on the Business Journal’s Fastest-Growing Private Companies list published in October.

The Business Journal has reported Cylance’s next push is in the consumer market: it aims to forge partnerships with service providers, such as banks and internet and cable providers, which have millions of app users and customers.

The company has raised $177 million since its inception.