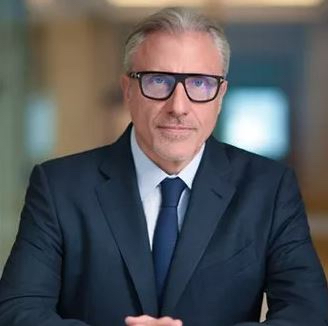 Editor’s Note: Wayne Gross is the co-founding partner of Greenberg Gross LLP, which represents Chip in America LLC as well as public and private companies, top executives, and celebrities in their most important legal matters. He previously served as Chief of the Orange County U.S. Attorney’s Office, where he prosecuted cases of national and international significance.

After years of negotiations and delays, the CHIPS Act was finally passed and signed into law this past summer.

The bill will generate $52 billion in much-needed subsidies to support the domestic manufacturing and production of semiconductors, as the United States competitors are already doing. While that is helpful, it is not enough.

The good news is that the remainder of the solution to the chips crisis lies within our control.

America’s leading technology companies can and must do more to help mitigate our technological vulnerability in the event of a global conflict by sourcing a greater percentage of their microchips from the United States. In other words, stop buying chips from China and Taiwan, and start buying more from America.

For its part, Orange County is in a great position to lead on this issue given its rich talent pool and major funding opportunities.

The Orange County Business Journal dubbed 2021 a “Banner Year for OC’s Upstart Chipmakers” and within the last decade, we were ranked as high as the No. 2 county in California for jobs in semiconductor manufacturing and design.

Unfortunately, we are not the only ones looking to expand aggressively in this area. Since 2014, the People’s Republic of China has provided over $150 billion in incentives for chip production, an amount far greater than any other nation.

As a result, Chinese manufacturers now account for nearly 10% of sales worldwide.

Although China’s growing market share is of major concern, it is not the most significant or immediate threat we face. More than 80% of the world’s most advanced microchips are currently manufactured in Taiwan, which as everyone knows is being claimed by China as its own territory and has promised to annex by force if necessary.

Emboldened by Russia’s invasion of Ukraine, China has continued to ratchet up its antagonism and reunification rhetoric.

The situation with China and Taiwan is a tinderbox and begs the question: What happens if China invades and seizes control of the world’s supply of microchips? The answer, not surprisingly, is that such action would create untenable economic and national security risks to the United States.

As we have all come to know, the chips produced in Taiwan are needed for virtually every aspect of life in 2022, from personal electronics to medical devices, automobiles, banking technology, military defense systems, communication infrastructure, and even basic household gadgets.

If China controls the chips, they control our technology, lives, and freedom. Moreover, although subsidies and lower wages reduce the current costs of chips produced in Taiwan and China, the price will inevitably increase if China obtains a virtual monopoly.

It is important to keep in mind that China’s desire to gain control of America’s technology cannot be overstated and goes far beyond traditional hacking and intellectual property theft.

Consider the Chi Mak case, for example, where a Chinese spy was caught in an elaborate 20-year scheme to infiltrate an Anaheim-based defense company and steal proprietary chip technology and military defense information.

I saw that case up close because I was at that time a federal prosecutor. When I learned the intricacy of the plot and the government response required to thwart it, it was jaw-dropping.

The United States currently maintains a policy of “strategic ambiguity” as to whether it would come to Taiwan’s defense if China ever invaded. Obviously, a direct conflict with China is surely not a desirable outcome, nor is ceding control of the world’s supply of microchips to an adversary and competitor. Fortunately, this is a problem that can be avoided if our major technology companies take preemptive action.

Due to the substantial market share represented by the United States’ top chipmakers, designers, and their largest American customers, such companies are in unique position to drive demand and bring chip manufacturing back home.

By taking the initiative to source at least half of their microchips from America, our reliance on Taiwan will be dramatically reduced, which will greatly strengthen our national and economic security.

Given the high stakes involved, American companies should treat sourcing a greater percentage of microchips from America as a form of corporate social responsibility, much like they do with climate change, world hunger, and other important causes. Simply viewing this issue as a matter of immediate bottom-line dollars and cents is not appropriate given what is at stake.

Chip In America LLC, which is represented by my firm, Greenberg Gross LLP, was formed to encourage companies to do just that. Chip In America has been engaged in a grassroots outreach and educational campaign and is supported by American citizens and businesses who are concerned about enhancing domestic semiconductor production and technology.k

In just a few short months, over 33,000 individuals have signed the Chip In America petition calling on U.S. technology companies to increase demand for American-made chips. The goal is for companies to pledge to source at least 50% of their microchips from the United States by 2030.

Now is the time to act. Given the unique funding and talent advantages Orange County enjoys, we must adopt a leadership role in the semiconductor industry and advocate for the absolute necessity of domestic production.