$2.47B Allergan Buy Adds in Irvine 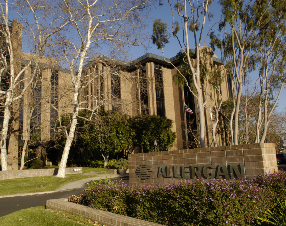 Allergan PLC announced that it will buy Pleasanton-based Zeltiq Aesthetics Inc.’s CoolSculpting System for $2.47 billion, or $56.50 per share, in a transaction that’s expected to be completed in the second half of 2017.

Zeltiq will be folded into Allergan’s Irvine-based business lines, a company spokesperson said. The operations of Allergan’s eyecare, aesthetics and therapeutics lines are centered at the company’s campus in the John Wayne Airport area.

Zeltiq’s Food and Drug Administration-approved technology cools targeted fat cells in the body to induce a natural elimination of fat cells without affecting surrounding tissue. The market is estimated to be $4 billion globally.

Allergan is chartered in Dublin, Ireland, and maintains U.S. headquarters in Parsippany, N.J. Its Irvine unit, which is the U.S. Specialized Therapeutics segment, reported $1.2 billion in revenue for the fourth quarter, according to SEC filings.

Zeltiq reported about $95 million in revenue for the third quarter, up from $61 million year-over-year, according to filings. Its stocks, closed at $49.40 per share last Friday, is now trading at about $55.56 per share.

Allergan and Zeltiq have market caps of $92.4 billion and $2.3 billion, respectively.