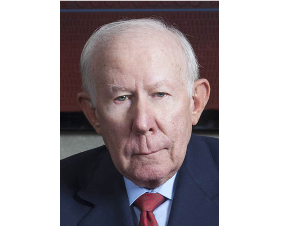 RSI Home Products Inc., an Anaheim manufacturer started by Ron Simon, is selling itself in a deal worth $1.075 billion to American Woodmark Corp. (Nasdaq: AMWD).

American Woodmark, which is based in Winchester, Va., said it has entered into a definitive agreement to acquire RSI Home Products, which has an implied enterprise value of $1.075 billion. The deal includes $140 million in American Woodmark common stock, $346 million in net cash to be paid to RSI shareholders and approximately $589 million of RSI debt to be assumed by American Woodmark.

The combined company will have approximately $1.6 billion in annual revenue.

The acquisition is expected to be immediately accretive to American Woodmark’s profit margins and earnings and before the effect of anticipated $30 million to $40 million in synergies.

“We couldn’t be more excited and optimistic about the future potential for RSI and its loyal employee associates,” Simon, an RSI director, said in the statement. “This merger creates a company that will be a stronger competitor in the kitchen and bath industry than RSI could be on its own.”

The combination is “an ideal fit” because American Woodmark has “unmatched logistics and service capabilities,” Alex Calabrese, RSI’s current chairman and chief executive, said in the statement.

Simon, a resident of Newport Beach, also owns RSI Communities that controls 7,000 lots in the Inland Empire and Texas. He and wife Sandi run a foundation that has awarded more than $30 million in youth education scholarships. He won a Horatio Alger Award in 2005.

He’s on the Business Journal’s OC 500 and a perennial member of its OC’s Wealthiest list, with estimated personal worth of $1 billion.