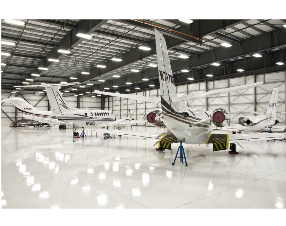 Supervisors approved an initial framework for John Wayne Airport’s general aviation improvement plan on March 13 by a vote of 4 to 0, with one supervisor absent from the afternoon session tally.

The OK to a consultant- and airport staff-recommended financial model means the planning process will move forward under an approach that calls for fixed-base operators to develop and pay for new facilities in exchange for longer-term leases—20 years or more.

Fixed-base operators, or FBOs, provide general aviation service under contract with the county and airport.

New York-based financial consultant Frasca & Associates LLC recommended the traditional model over ones calling for JWA to pay for new FBOs and offer shorter-term leases; hire a third-party manager; or run it on a hybrid model.

Of 61 FBO projects examined at 17 comparable airports, three were of these nontraditional types, the staff report summary said.

The planning process should take the rest of the year and include an environmental impact report, public comment and, eventually, requests for qualifications and proposals.

The airport processed 10.5 million commercial passengers last year and 290,000 “aircraft operations”—takeoffs and landings. About 500 private planes—the largest volume of general aviation—account for 70% of activity but just 4% of airport revenue.

A goal of the new general plan is to bring “enhance(ed) financial contribution” from general aviation to JWA, with “no financial impact” to the airport, the staff report summary said.