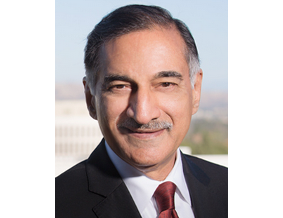 Orange County business executives’ outlook for the current quarter fell to 59.2 from 85.3 in the previous three-month period, according to a survey conducted by economists at California State University, Fullerton.

“This large quarterly decline is linked to expectations of a slowing economy in light of higher inflation, higher interest rates, and Russia-Ukraine war,” said the economists led by Anil Puri, director of the Woods Center for Economic Analysis and Forecasting at CSUF.

A reading of above 50 in the expectations index, known as the OCBX, indicates a belief in future growth in the economy.

The quarterly Orange County Business Expectations Survey of more than 900 OC business executives was conducted from June 20th to 28th.