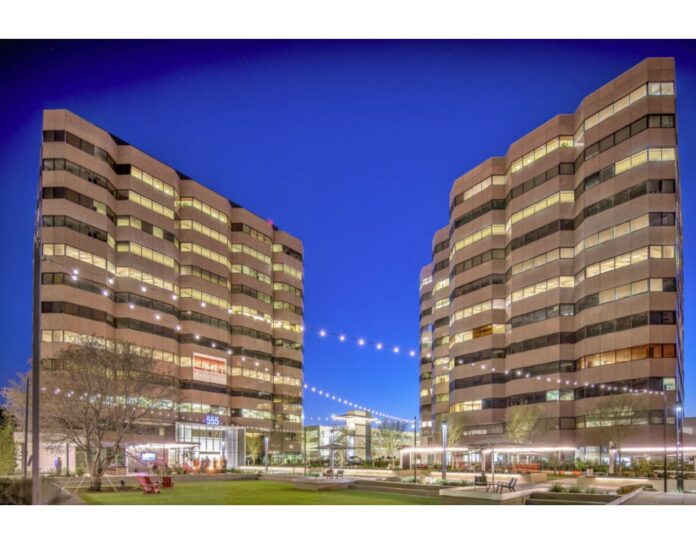 German-based tech and industrial company Siemens is moving its regional headquarters to The Met office campus in Costa Mesa from Cypress in early 2023.

Siemens signed a 53,746-square-foot lease for two-and-a-half floors at The Met campus, located at 535 Anton Blvd. in the heart of South Coast Metro.

The multinational giant will be consolidating operations from elsewhere in the region, including a location in Cypress.

Siemens is the largest industrial manufacturing company in Europe with headquarters in Munich, Germany. Areas of focuses include infrastructure, transportation and healthcare.

“We are delighted to welcome Siemens to The Met, an experiential campus in the thriving South Coast Metro, the lifestyle, corporate and cultural center of Orange County,” said Edward Cook, co-president, co-chief investment officer and co-founder of Costa Mesa-based McCarthy Cook & Co., which owns The Met.

Local projects Siemens is involved in include the streetcar project being built in Santa Ana to connect various parts of Central OC.

In 2018, it was awarded a contract from the Orange County Transportation Authority (OCTA) for eight streetcars. The contract includes spare parts and tools, and comes with the option to purchase up to 10 additional streetcars at a later date.

The OC Streetcar will primarily serve Santa Ana’s central business district, which includes county and local government offices and courthouses in the Civic Center. It will also connect with many OCTA bus routes and Metrolink regional/commuter rail, according to the local agency.

According to OCTA, the streetcars are expected to carry more than 7,300 passengers per day within their first year of operation. The project is currently under construction.

Panasonic Avionics, a maker of in-flight entertainment systems for airlines, relocated its corporate headquarters from Lake Forest to Irvine after signing a major local office lease in 2020.

The company, OC’s third-largest aerospace and defense company by employee count, has moved into the Park Place office campus near the intersection of Michelson Drive and Jamboree Road, about a mile from John Wayne Airport.