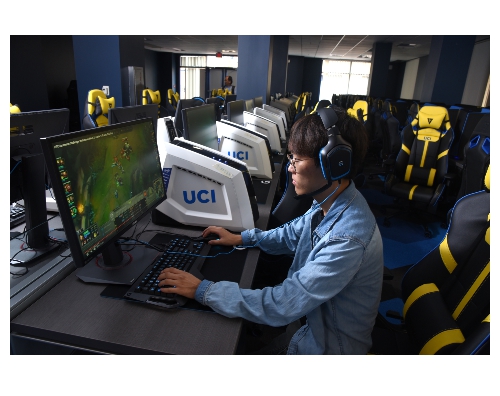 Irvine, home of Blizzard Entertainment Inc., Obsidian Entertainment and Mobilityware, among others, was ranked eighth best city in the U.S. for gaming, according to a report by Washington, D.C.-based Wallethub.

The University of California-Irvine, which has a highly regarded computer science program, is believed to be the only one in the nation to offer scholarships for competitive gaming and operate its own esports stadium.

The 3,500-square-foot iBuyPower Arena, which opened last year, includes 80 custom PCs from iBuyPower in the City of Industry and a live webcasting broadcast studio. It cost about $250,000 to build.

A judge in the U.S. District Court in Santa Ana ruled against Vizio Inc. over its developing data business.

Judge Josephine Staton denied the Irvine-based company’s motion to dismiss a class-action lawsuit brought by Vizio TV owners that contends the company secretly monitored and tracked their viewing habits without their consent and concealed the tracking software.

Vizio denies the claims and vowed to fight the charges.

The consumer electronics brand agreed in February to a $2.2 million settlement related to charges it violated unfair trade practices and consumer protection laws by tracking the viewing habits of about 11 million smart-TV owners and sold the data to third parties. The company also agreed in the settlement to change some business practices.

The technology, fully acquired in 2015 for $50 million from San Francisco-based Cognitive Media Networks Inc., was poised to spin out as a separate entity owned by Vizio Chief Executive and co-founder William Wang as part of Vizio’s $2 billion sale to Chinese conglomerate LeEco, which collapsed in April.

Vizio has since filed two lawsuits against LeEco seeking at least $60 million in damages, legal fees, and other relief from the fallout.

It provides onsite IT support from seven California locations.

On the Move: Capital One Welcomes Eddie Kim