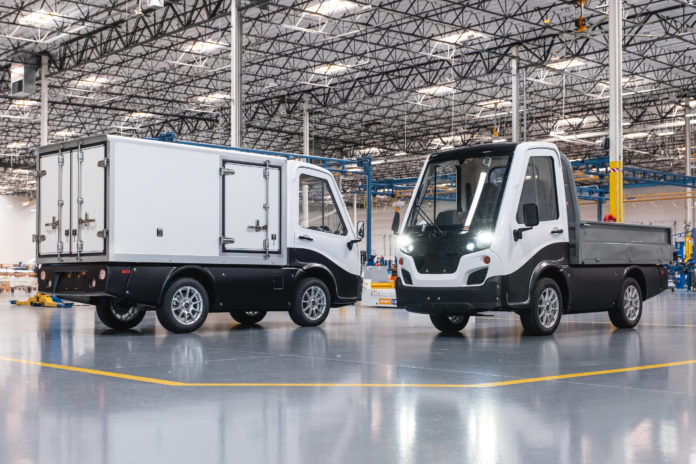 The first vehicles being produced under a partnership between Irvine-based Karma Automotive and AYRO Inc. (Nasdaq: AYRO) of Texas have rolled off the assembly line.

The vehicles, called the Club Car Current, fall somewhere between a full-size truck and small utility cart, which the companies said are designed for low-speed needs to move cargo on a campus or “urban environments.”

The two companies in September said they struck a deal that would have Karma design and make electric vehicles in a deal estimated to bring more than 20,000 light-duty trucks and electrified delivery vehicles to the market through 2023. The partnership was valued at more than $300 million.

The vehicles are being produced at Karma’s Moreno Valley manufacturing plant and are part of the company’s aim to also pitch its brand to business users. Meantime, AYRO is bringing engineering and its end user base to the table in the deal.

Karma in April was reportedly considering a reverse merger with a blank check company, which would take the company public. It’s one of two OC electric automakers said to be considering the public markets.