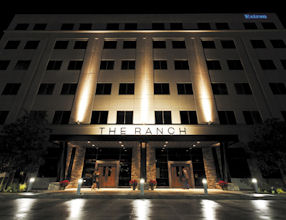 A recently closed stalwart of the fine-dining landscape in North Orange County will see its legacy carried on at a new entry about a mile away.

Steak-and-seafood specialist Mr. Stox was a landmark for 35 years on Katella Avenue in Anaheim. It recently assigned the rights to recipes for its home-made bread and other signature menu items and the remainder of its wine cellar inventory to The Ranch Restaurant & Saloon.

“Besides a memorable dining experience, one of the many things Mr. Stox was known for is their fabulous wine list,” said Andrew Edwards, founder and chief executive of Extron Electronics Inc., which makes audio-visual equipment and has an estimated $600 million in annual sales. “Now, some of those same wines you will see featured and noted on our list at the Ranch.”

The Ranch opened a little more than a year ago on the ground floor of the six-story Extron headquarters building on Ball Road, where it has won plaudits for its upscale steakhouse fare and service. The saloon next-door to the restaurant features live entertainment and dancing.

Mr. Stox’ owners—Chick, Ron and Debbie Marshall—said they are recommending the Ranch to their former customers. The Ranch has agreed to redeem any balances due on Mr. Stox gift cards.

Edwards developed the Ranch as part of a new Extron headquarters. It opened in late 2011, and Edwards recently started work on plans to add banquet space and kitchens on the sixth floor of the building.

Mr. Stox shut down after its owners struck a deal to sell the 4-acre parcel of land it occupied in the Platinum Triangle to Newport Beach-based Shopoff Group, which plans to develop apartments there.