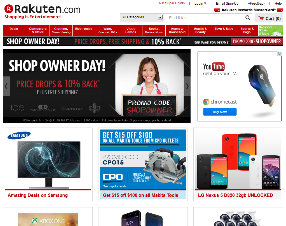 Rakuten.com Shopping is moving from Aliso Viejo to San Mateo in the Silicon Valley in March.

The e-commerce business, which sells more than 20 million products in two dozen categories, plans to share office space with Rakuten USA, which has been in San Mateo for some years.

Rakuten.com will lay off 73 workers in Aliso Viejo—about half its staff in OC—and offer relocation packages to others, according to a notice filed with the California Employment Development Department.

“This is a strategic move, as Rakuten is making a significant investment in bringing Rakuten.com to Silicon Valley, where the business can be better aligned with other Rakuten USA companies,” according to company spokesperson.

Rakuten.com started out as Buy.com Inc. in 1997 and was acquired by Japan-based Rakuten Inc. in May 2010, in a deal valued at $250 million. The parent company is one of the largest online retailers in Japan, and has a market value of about $12.9 billion.