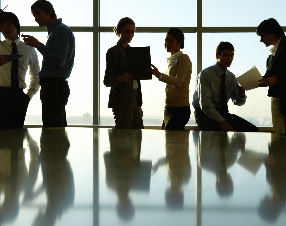 Orange County added 12,800 jobs in February to maintain a 4% unemployment rate, even with the recently revised rate for the month prior.

The local jobless rate, which is not seasonally adjusted, is down from 4.7% reported a year earlier, according to the state Employment Development Department.

Professional and business services firms added 5,000 jobs for a total of 288,600. About 86% of the new hires are in administrative and support services, which includes temporary help firms. The sector grew 2.7% in the past year.

Educational and health services jobs increased by 2,000 to 202,000. Colleges, universities and professional schools account for 80% of the new positions. The sector is up 2.9% year-over-year.

Trade, transportation and utilities shed 3,200 jobs, a 1.2% dip to finish February with 258,600 positions. Retailers accounted 90% of the cuts in the category as they trimmed staff after the holiday shopping season. The sector is down 1.2% for the past year.

California’s unadjusted unemployment rate was 5.7% in February, compared with 5.8% in January and 6.8% a year earlier.