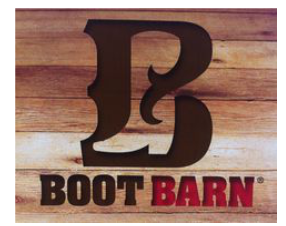 The Irvine-based western and work wear retailer reported a 2.9% uptick in sales to $199.4 million for its third quarter that ended Dec. 24. Analysts had anticipated $201.98 million in revenue.

“I am pleased that we were able to generate our third consecutive quarter of positive same store sales growth and achieve our earnings guidance,” Chief Executive Jim Conroy said in a statement. “This performance is a testament to our diversified business model as we continue to find opportunities for sales growth despite the ongoing sales pressure in markets dependent on oil and other commodities … In the third quarter we posted our fifth consecutive quarter of double-digit growth in e-commerce.”

Boot Barn expects “net income to be between $4.6 million to $5.4 million for the fourth quarter of its fiscal 2017,” and same store sales growth to be between flat to 2%. It has market cap of about $287 million.