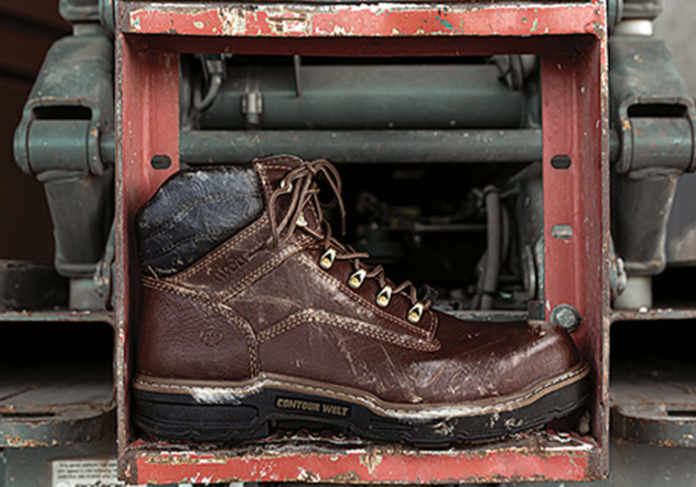 The shift in consumer spending has changed how Boot Barn Holdings Inc. (NYSE: BOOT) is marketing and merchandising, while also opening up some potential acquisition opportunities.

The Irvine-based retailer with more than 260 stores in its fold, recently released earnings for its fiscal first quarter ended June 27, beating analyst estimates on the top and bottom line with a loss of $500,000 on net sales of $147.8 million.

The company, whose stock is down about 47% so far this year, had a recent market cap of $689 million.

The retailer’s typically been sensitive to movement in the oil and gas markets, so when softening occurred in that sector in May, flame-resistant attire dipped at Boot Barn before showing improvement in June.

Stores in Texas, Colorado, Wyoming and North Dakota—which count a large number of customers in the oil extraction industry—ran behind the rest of the store fleet when it came to same-store sales.

That may bear some weight on the retailer’s store opening strategy should the oil industry continue to be hampered. However, it doesn’t likely look to be much of an impact. Texas, where there is a large contingent of oil industry workers shopping Boot Barn, Conroy said it is not a “high-priority state” in terms of new-store openings.

Instead, Boot Barn is eyeing the southeast and up into the mid-Atlantic in places such as North Carolina, Pennsylvania and Ohio.

California has also panned out to be surprisingly robust for growth, with the market tolerating more doors than what the retailer expected.

“While we thought that we had reached close to saturation, it seems that each time we open up another store in California it exceeds our expectations,” Conroy said.

Boot Barn opened five stores in the June quarter and plans to open another 10 in the remainder of its fiscal year.

What’s inside stores, on folding tables and racks, is also changing to keep in step with the pandemic’s impact.

Fewer concerts, rodeos and festivals this year—a partial contributor to the falloff in sales of boots and other Western-inspired apparel—now has Boot Barn’s merchandising team focusing on workwear as Conroy explained the near-term projection is for sales to shift to  “function versus discretionary product.”

“Given the environment, we have redirected some of the spending and marketing activity away from the more fashionable segments,” he said.

E-mail and pay-per-click marketing, with some radio, has largely dictated the marketing spend more recently to keep up with the run up in e-commerce sales.

E-commerce accounted for 25% of the company’s sales in the June quarter, which is up from 14% in the year-ago period.

Conroy added the retailer will “continue to modify our marketing to keep expenses in line with sales and to ensure the tone of the marketing is aligned with customer sentiment.”

And while Boot Barn executives are focusing on how to get through COVID, it’s keeping an eye on acquisition opportunities with Conroy noting the retailer’s been able to grab some market share during the quarantine due to mom-and-pop businesses’ struggles.

The CEO said, “While we’re trying to play defense and pull back on things like inventory and expenditures, it’s also a time where we might try to be opportunistic and look for tuck-in acquisitions.”