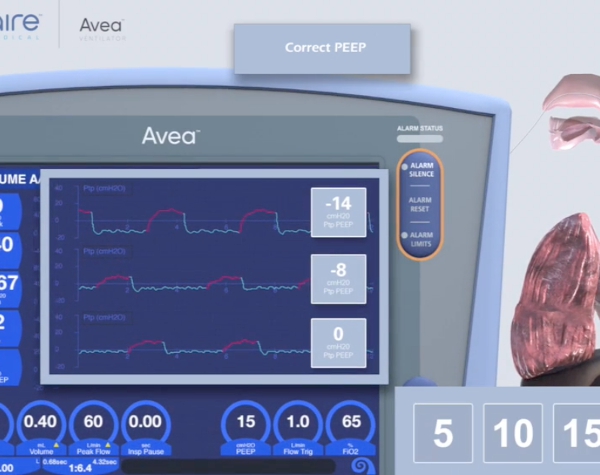 “Medical professionals are overwhelmed with equipment, and right now there are four ventilators to every respiratory therapist,” said Chief Executive Kolhane Grooters.

While hospitals face ventilator shortages and manufacturers struggle to procure supplies to ramp production, there’s also a lack of trained respiratory therapists who normally would be the primary operators of the machines.

In California, there are about 14,000 actively licensed respiratory therapists, according to industry data. Confirmed COVID-19 cases in the state topped 11,000 as of late last week.

Respiratory therapists, and other healthcare workers pitching in during the pandemic, are struggling with the influx of ventilators that range widely in purpose and practice, Grooters said.

Grooters estimated that there are at least 50 models in circulation from major manufacturers. He noted that variance will only increase if companies like Dyson and Tesla take up the cause and make their own, as has been reported (see OCBJ Insider, this page).

The challenge underscores the need for user-friendly ICU ventilators—ease of use is cited as a competitive advantage for the products made by Lake Forest’s eVent Medical, which was profiled in the March 30 print edition of the Business Journal—in addition to timely education so that users can properly administer and maintain treatment.

“New York asked for help, and more than [40,000] healthcare workers volunteered their assistance, but I would guess that most of them don’t know how a single product works,” Grooters said.

The good news: “Respiratory therapists don’t need to do 75% of the work,” he said.

Much of the maintenance work such as setup, charging batteries, cleaning parts and replacing consumable parts isn’t difficult. Workers simply need to know how to help, said Grooters, and Smudge Labs wants to help them.

The company, which is an Octane accelerator alumnus, started earning revenue “almost immediately” although annual revenues stayed under $1 million as the team worked on its product. Grooters declined to comment on individual project fees.

Smudge Labs kept its platform relatively quiet, even though it added some notable names in healthcare to its client list such as Irvine’s Masimo Corp. and Axonics Modulation Technologies Inc., Aliso Viejo-based MicroVention Inc., and Abbott, Stryker, and Zeiss.

Vyaire Medical Inc., a Chicago-based medical device firm focused on respiratory products that has substantial operations in OC, is also a client.

Smudge brought on Senior Vice President Greg Stickley last year to prepare for growth in 2020. Grooters said the company was set up to add about 10-15 people every year for the next three years, with a goal of attracting local 3D modelers and designers.

Then the coronavirus pandemic hit.

The company is now focusing on ventilator education and Grooters said the company will prioritize “critical care devices” over other projects. He estimated a 15-day turnaround time per project.

The company provides additional instructions and scenario-based information for users. Users can swipe over specific buttons on the 3D model for instructions. The platform also alerts and guides users on ideal and improper use; in the case of respirators it demonstrates what would happen to a patients’ lungs based on various actions.

The technology eliminates the need for an 800-page instruction manual common for some respirator models and is critical to the current crisis, during which sales representatives can’t travel to a hospital to educate others, and medical students and retired personnel are trying to help, according to Grooters.

The technology runs on a tablet, and is compatible with devices such as Oculus Rift and the Microsoft HoloLens, the company said.

Grooters and his team are working on nearly a daily basis with Vyaire Medical, one of OC’s largest device makers with a local workforce estimated at close to 400. The maker of ventilation and respiratory products has a large base of operations at the Discovery Business Center in the Irvine Spectrum area. It relocated much of its local operations from Yorba Linda a couple years ago.

The company began working with Vyaire several years ago when it was part of CareFusion. That company was later acquired by Becton Dickinson and its respiratory arm was offloaded to private equity group Apax Partners to create the Illinois-based offshoot, which brings in about $800 million in annual revenues, according to a Business Journal estimate.

Vyaire is one of four companies that was awarded an $84.4 million contract in late March from the U.S. Defense Logistics Agency to produce 8,000 ventilators.

Grooters added that Vyaire said it is working with FEMA to get Smudge Labs’ application into the hands of the end user, healthcare workers, starting this month.

Smudge Labs already provides training on the Vyaire’s Avea and bellavista ventilation systems and is working to add two more Vyaire devices to the platform within 30 days.

The company wants to keep going down this path, added Grooters.

“My goal is to make sure manufacturers know this exists,” said Grooters.

“We need to get these tools into the hands of people dealing with this situation on the ground.”