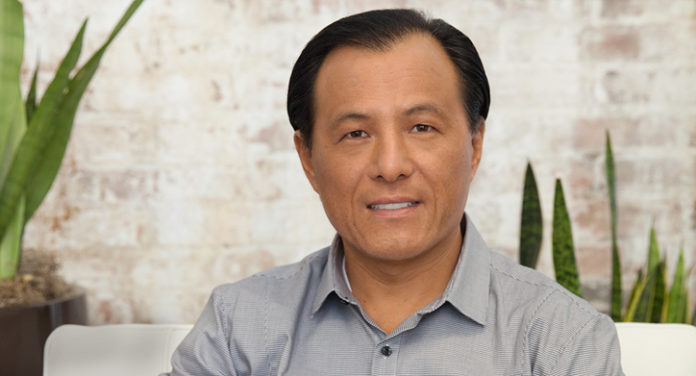 Dominick Marchetti is on the hot seat at loanDepot LLC, the fast-growing mortgage lender based in Foothill Ranch.

The chief technology officer is in charge of a 400-employee tech team for which the company plans to hire another 100 people this year, and is moving the team into a new 65,000-square-foot Irvine facility named Mello.

Most importantly, he oversaw the $80 million development of the company’s new technology platform, also called Mello, which was introduced last month.

“Our primary focus is consumer experience, to set expectations,” Marchetti said in an interview at his office. “We want to make sure that getting a mortgage is not akin to getting a root canal.”

It intends the new focus to answer growing pains it’s experienced after shooting to more than $1 billion in annual sales and more than 6,000 employees since its founding in 2010.

The company ranked an “about average” 10th among consumers in a report of 19 mortgage brokers, according to a survey released in November by J.D. Power & Associates. Quicken Loans Inc., loanDepot’s biggest online competitor, finished first for the seventh straight year.

“LoanDepot has to improve its customer communications and expectations for it to catch up with Quicken Loans,” said Craig Martin, the J.D. Power analyst who oversaw the survey.

The company attempted an initial public offering in 2015 to raise $621 million, which would have valued it at $2.6 billion. It canceled the IPO after pricing shares at $18 each, citing weak market conditions.

It decided to instead beef up its technology.

“Our industry has not yet embraced the digital transformation that has occurred in other industries,” Chief Executive and founder Anthony Hsieh said in a phone interview. “Much of that has to do with the financial crisis that occurred. LoanDepot has no legacy issues. We have the opportunity to take the lead.”

Hsieh has a history of successful online mortgage companies.

In the 1990s, he transformed a mortgage broker into loandirect.com, which he said was the world’s first internet-based financial services company. It became a 280-employee company originating about $3 billion in loans by 2001, the year it was sold to E-Trade Financial Corp. for 3 million shares, then worth about $51.5 million.

In 2002, Hsieh founded HomeLoanCenter.com, the first online lender to offer mortgages and equity loans in all 50 states. It was sold for an undisclosed price in 2004 to IAC/Interactive Corp., which merged it into LendingTree.

Two years after the 2008 financial collapse, he began loanDepot with an initial investment from Parthenon Capital Partners, a midmarket private equity firm that invests in growth companies in service industries.

The U.S. residential mortgage market is one of the largest financial markets in the world, with approximately $10 trillion in outstanding debt and average annual origination volume of $1.8 trillion.

Mortgage lenders make money from fees, though they can generate higher revenue by selling the loans to Wall Street, which turns them into mortgage-backed securities.

By most measures, loanDepot has exploded in popularity. Its retail mortgage originations grew 30% last year to $32.4 billion, placing it sixth in U.S. market share, according to Inside Mortgage Finance Publications.

LoanDepot in January issued a press release declaring it had originated more than $100 billion in mortgage loans since its inception.

The IPO would have made Hsieh a billionaire. However, the IPO market was cooling at the time, and mortgage lenders still have a stigma among investors who remember the collapse of publicly traded companies like Countrywide Financial Inc. and New Century Financial Corp., which was based in Irvine.

“Rocket Mortgage’s document and asset retrieval capabilities alone can save you a bunch of time and hassle,” said a 2016 review in NerdWallet.com. “Eventually every lender will do this—or be left behind.”

Marchetti has worked in the real estate industry for more than 20 years, and, “From my perspective, there’s been very little innovation in that entire time period,” he said.

“There’s been some incremental improvement in technology, but that’s been offset by the regulatory changes” inspired by the 2008 financial meltdown.

Before loanDepot named him CTO in March 2015, Marchetti served as chief operating officer at Blueberry Systems LLC, a provider of loan origination software and consulting to the mortgage and financial services industries.

At loanDepot, he oversaw the development of Mello, a system that digitizes the end-to-end process of applying for mortgages and consumer loans. All loan processes are now in one portal, and everyone involved, from customers to loan agents to processors, can now check every step of them online.

Marchetti said he spent much of the $80 million to hire tech talent to automate much of the paper-dominant process of applying for a mortgage. The industry suffered a stigma among tech developers because of the 2008 crash.

Nowadays, he said he’s able to compete for top talent with tech leaders like Google and Amazon.

“Our spend is primarily on hiring very smart people to solve tough problems,” he said as the sound of an office table tennis game echoed in the background.

“Our investment is in people, finding bright and talented engineers who can build the platform to our requirements. Nobody else is doing this. We cannot buy the product off the shelf that solves this problem.”

Marchetti said Quicken Loans’ Rocket Launch, by contrast, isn’t as automated as it appears and has more traditional methods on the back end.

“They are dead wrong,” responded Bill Emerson in an interview. He was previously chief executive of Quicken Loans and is now vice chairman of its parent company. “When you are a year and a half behind in technology, you’re trying to differentiate yourself,” he said of loanDepot.

Emerson pointed out that Quicken Loans is completely online while loanDepot has more than 200 branches throughout the U.S. He said the industry may also face headwinds this year as rising interest rates may cause a drop in refinancing.

The mortgage origination market may fall 21% this year to $1.5 trillion, driven by a reduction in refinances, PennyMac predicted in its annual report.

Marchetti plans to shorten the number of days needed to close loans to perhaps as few as a dozen from a range that varies from three weeks to two months. However, he said such metrics, known in the industry as cycle times, don’t adequately address the bigger problems of consumer experience.

“If you’re thrilled with your user experience, then we expect you’ll tell others,” he said. “Innovation will lead to higher revenue.”

LoanDepot is correct to concentrate on user expectation, because customers are furious if a mortgage closes days later than promised, Martin at J.D. Power said.

“Why do lenders care about customer satisfaction?” Martin said. “Consumers will talk to their friends and families about their experiences. Typically, homeowners refinance or buy a home every seven years, so lenders want to be at the top of their minds.”

Last week, loanDepot held an event on Facebook to demonstrate Mello, and Hsieh discussed the battles he’d had with Marchetti over the platform’s details.

“In late 2015, there were many times when Dom and I almost went to blows with each other,” Hsieh said. “Since then, we’ve settled down.

“It takes a significant amount of time, effort, focus and anxiety to put something like this together.”