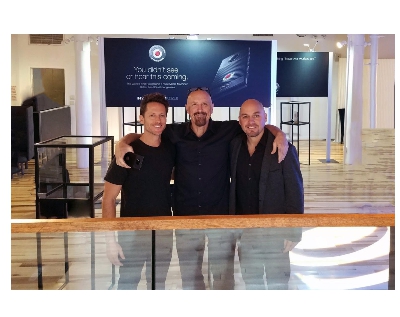 Serial entrepreneur and inventor Jim Jannard, one of the most influential businesspeople and inventors in Orange County’s history, said he’s calling it quits on a storied career that runs more than 40 years and spans multiple industries.

Jannard confirmed his retirement late last month, capping a career that created a global sunglasses brand, a camera upstart that made waves in Hollywood, and, more recently, an attempt at revolutionizing the smartphone with 3D features.

Those endeavors in turn brought thousands of jobs to Foothill Ranch and Irvine, as well as Hollywood and the rest of the world.

“I have spent the past 45 years building ‘inventions wrapped in art.’ Just now turning 70 and having a few health issues, it is now time for me to retire,” Jannard said in an online post.

Jannard, who shies away from press, declined further comment in an email to the Business Journal.

It’s not the first time Jannard has announced plans to cut back on work; he previously said in 2013—again, via an online post on his company’s blog, at 3 a.m.—that he’d be stepping back from the day-to-day grind of running a business, saying that “life’s too short.”

Jannard’s latest declaration—he’s described the operating structure at Red Digital Cinema Camera Co. as a “benevolent dictatorship”—appears to carry more weight, and has direct impact on the operations of his latest endeavor.

“I will be shutting down the Hydrogen project, ending a career that has included Oakley, Red Digital Cinema and Hydrogen,” Jannard said.

“I am very proud to have worked with many great people over the years who have signed on to the vision.”

Jannard is the founder of Foothill Ranch-based Oakley, which he started in 1975 with a focus on motocross products and named after his dog.

The company would soon pivot to sunglasses and other products, and Jannard would develop something akin to a mad scientist persona.

Execs that worked with Jannard take exception to that description.

“Jim does not get enough credit for being a visionary, an incredible designer, a builder of strong cultures, and being a positive force in people’s lives both professionally and personally,” said Scott Olivet, who served as chief executive at Oakley from 2005 to 2009, and chairman from 2009 to 2011.

“When an outside CEO comes into a strong culture and follows a visionary founder, the likelihood of success is not high. Jim and I discussed this at great length and agreed on what it would take to make the company successful in our new roles,” Olivet told the Business Journal last week, recalling his experiences at Oakley.

“I would give him a 10 out of 10 for doing all the things to help me be successful as Oakley’s CEO. I could not have hoped for more. Our weekly lunch meeting was scheduled for an hour, but usually lasted three. These were the most inspiring hours of my week.”

Oakley was sold to Luxottica Group SpA in 2007 for $2.1 billion. The global sunglass, eyewear and apparel company remains the largest employer in Foothill Ranch with more than 2,200 workers, according to Business Journal data.

In 1999, he began Irvine-based camera maker Red Digital Cinema Camera and later its Red Studios in Hollywood; the firm’s cameras gained fame through their use in a string of box-office hits such as “The Hobbit” and “The Girl with the Dragon Tattoo.”

More recently, Jannard’s focus was on the Hydrogen holographic smartphone project, a unit of Red.

His work at those firms brought him a fortune, one which the Business Journal estimates to be in the $3.5 billion range, in line with projections by Forbes.

“He not only created two highly successful companies in Oakley and Red, but he revolutionized the business models and both industries in addition to creating world-beating products. Few people have done that once, let alone twice,” said Olivet, who now serves as executive chairman at Red; the investor and board member for a number of consumer product companies also had a stint as CEO there.

“I always cringe at the lists of ‘most creative companies’ and ‘visionary leaders’ because I know people have PR teams working hard to get them placed on those lists,” Olivet said.

“Jim cares about the revolution and not the recognition, but if the lists were created on merit alone, he would have been towards the top of every one.”

Jannard’s announcement marks an abrupt end to the Hydrogen project. He had as recently as July confirmed the start of work on the next-generation Hydrogen 2.

At the time, Jannard was transparent in the uphill battles facing the Hydrogen project, calling it the “single most challenging program I have ever been a part of.”

Much of that had to do with the manufacturing. While production for Jannard’s first two companies took place in company-owned, Orange County factories, the Hydrogen project required work with China-based firms.

While work on a next-generation Hydrogen has now stopped, Jannard confirmed continued support for the Hydrogen One, in addition to the ongoing business of Red Digital Cinema under President Jarred Land, Executive Vice President Tommy Rios; and Jamin Jannard, the company’s head of marketing and creative, and Jim’s son.

Red is estimated to employ about 400 people in Irvine.

Land, in his own web post, called Jannard a visionary and also reiterated that nothing would change for Red Digital, confirming he would remain in contact with Jannard on the business.

“Jim will continue to smack me on the side of the head when I need it, and his ideas and direction will still flow into this company for years to come,” Land wrote.

“We have prepared for this, and we are stronger than ever.”

“I hope Jim comes out of retirement again,” Olivet said last week. “The consumer world is a better place with him inventing and leading revolutions.”