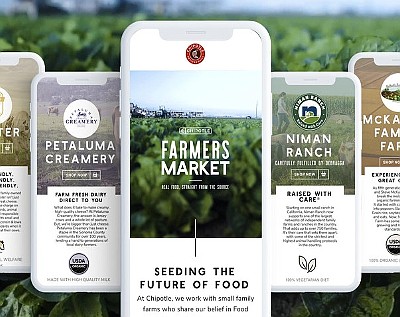 Chipotle Mexican Grill Inc. (NYSE: CMG) said Thursday it made good on a waste diversion target it set for itself in 2018, diverting 51% of its waste.

The reduction efforts were done through composting and recycling measures such as its Glove to Bags program that turns used plastic gloves into trash bags and use of sustainable materials in some of its apparel.

The results are part of the restaurant operator’s sustainability report for 2020, which it released on Thursday.

Among the results of efforts last year was a total spend of $23.3 million on 31 million pounds of locally-grown produce, all new restaurants donated extra food to local food banks and the launch of a tool for consumers that allows them to measure their order’s “foodprint.”

The company also set new sustainability targets that include a push to convert over 400 acres of farmland to organic farms by 2025, purchasing more than 37 million pounds of locally-grown produce and trimming overall waste by 5%, using 2020 as a starting point, by 2025.

Chipotle said within its workforce it promoted 13,689 of its employees last year. It also said it’s boosting its work with minority-owned suppliers this year.

Chipotle, with more than 2,750 restaurants, was trading up about 1% in afternoon trading Thursday for a market cap of $43.2 billion.