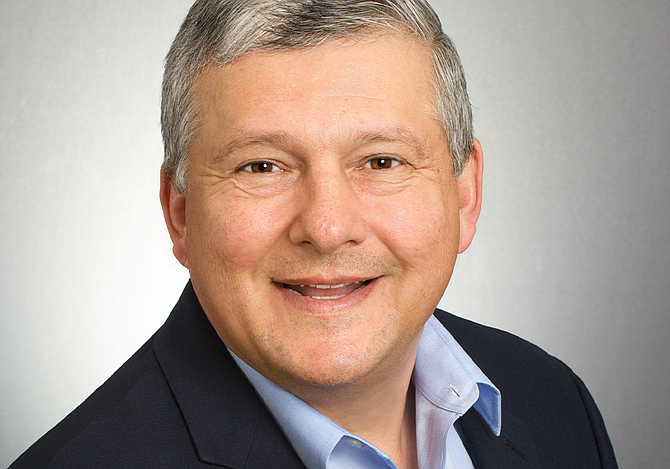 Execs at Irvine’s Menlo Microsystems Inc. boldly tout their product, a 21st century take on the ubiquitous electronic switch, as the “most important technological innovation in the electronics industry since the transistor.”

Deep-pocketed investors are buying in to that boast.

The four-year-old company, with its roots in work done by General Electric researchers and ties to several area chipmakers, last month hauled in $44 million in Series B funding to boost production of its ‘Ideal Switch,’ a super-small microelectromechanical system product used to help power all types of electrical products.

The Ideal Switch is said to be 99% smaller, lighter, and more efficient than conventional switches and electromagnetic relays. It can handle kilowatts of power and is built in a structure smaller than a human hair.

The switch is designed to be used in components for products in a host of industries and next-gen technologies, ranging from smart phones, to aerospace applications, to radio-frequency systems.

The need for the product is well overdue, officials say.

These legacy technologies “have major shortcomings that can limit the performance of many end products and systems,” it says.

The recently announced Series B round brings Menlo Micro’s total funding to $77 million.

The money’s being used to accelerate the company’s product development and the scaling of its production lines.

“We’ll finish the year in single-digit millions of revenue,” Garcia told the Business Journal on Oct. 16 after the Series B funding was announced.

“Next year we’ll be in double-digit millions of revenue.”

Garcia, the former CEO of Irvine-based chipmaker WiSpry Inc.—which was sold in 2015 on undisclosed terms to AAC Technologies Holdings Inc. in Hong Kong—and a former marketing exec for Aliso Viejo chipmaker Microsemi, said the latest funding round should be enough for the time being.

“Where we are with the cash that we have we can complete this phase of the business plan and be very profitable without raising more money,” Garcia said.

“We’re scaling. The traction has been fantastic,” according to Garcia. So far, the company is not allowed to disclose the names of customers.

The company plans to boost production in 2021. Currently, it’s making thousands of units per quarter, and says it expects that to increase to 100,000 units per month by the end of the year.

It aims to be making millions of units per month next year.

The CEO said the company’s employee base has grown 40% this year, with a current headcount of 30 in Irvine and another five at the company offices in Albany, N.Y.

Garcia believes the company’s products will increasingly be used in medical instrumentation, wireless base stations as well as test and measurement equipment.

Given the Ideal Switch’s ability to scale to kilowatt power handling while keeping a miniaturized form factor, it will soon present dozens of other opportunities, he says.

They include areas such as electric vehicles, home automation, industrial Internet of Things, advanced battery management, and other power applications where the integration of fast, reliable, and ultra-efficient “smart power relays” will change the world of industrial controls and electrical protection.

Menlo’s switch product was developed by GE engineers. The technology, groomed over the years through tens of millions of dollars in research and development, was spun out of GE’s venture arm into a stand-alone company.

“This research was born out of the General Electric research lab and perfected over 12 years. In 2016, we moved it into a high-volume manufacturing capability and are scaling it now,” Garcia said.

“We have been basically been commercializing the technology,” according to Garcia.

GE has previously been reported to be one of the company’s initial customers.

General Electric is no longer an equity investor in Menlo but remains a licensor of the technology to the company, Menlo says.

Other investors include Microsemi, which was bought by Microchip Technology Inc. in 2018.

Palmer Luckey’s tech-focused defense company Anduril Industries in Irvine led the pack in 2020, with $200 million in a new funding round made public in July.

The round nearly doubled the company’s valuation to $1.9 billion.

Irvine 5G equipment maker Movandi said in April it received $27 million in Series C funding, the first big fund-raise for an OC company after the pandemic took root in the U.S.

Chipmaker Syntiant of Irvine soon followed, announcing a in $35 million Series C over the summer.

Movandi co-founder Reza Rofougaran was a Business Journal Innovator of the Year Award winner in September, as was Syntiant CEO Kurt Busch.

While not strictly tech, Hyperice of Irvine, a maker of massage guns, ice packs and other fitness therapy aids, raised $48 million last month in a Series A round (see story, page 1).

Cybersecurity company Netwrix in Irvine said earlier in October that private equity firm TA Associates had completed a “majority investment” in the Irvine-based company, though the amount was not disclosed.

The third quarter was the highest quarter of the year for tech and life sciences funding in Orange County, with total investments of almost $495 million, commercial brokerage firm JLL said late last month.

“It is an incredible validation that our investors are standing behind our truly disruptive technology and our team at a time of so much uncertainty around the world,” said Menlo CEO Russ Garcia last month, at the time the company’s $44 million Series B was announced.