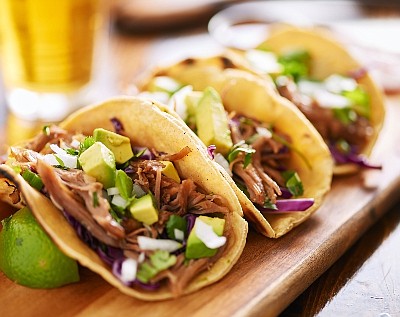 The OC Restaurant Association said it’s bought the domain TacoTuesday.com in what will, in the near term, be a marketing play for restaurants before eventually monetizing parts of the site.

Association founder and President Pamela Waitt said she’d been eyeing the domain for nearly a decade, noting a continued uptick in Google searches for Taco Tuesday. She also saw it as means of helping raise the profile of Orange County restaurants, particularly around the promotional Taco Tuesday day.

“That’s part of our agenda here, is to really illuminate the Orange County restaurant industry, which can be challenging when you’re sandwiched between Los Angeles and San Diego,” Waitt said.

Local restaurants will have priority in the application process. However, free listings will be open to anyone and restaurants can create their own profile on the Taco Tuesday site. Listings will stay free, but Waitt said the longer term goal would be to generate revenue in other areas, such as an enhanced listing or as a conduit for potential pop-ups or collaborations between restaurants.

“At some point we want it to definitely be monetized, but that is a longer-term goal,” she said. “Right now, we want to have this fun place where we can just spotlight [Taco Tuesday].”

Waitt said further technology upgrades will be rolled out to the site with the idea behind the functionality being a cross between Door Dash and Open Table.