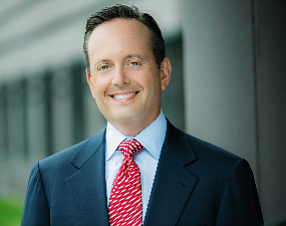 The deal could close by early 2020, the companies said Tuesday.

AbbVie’s takeover is worth about $188 a share, a nearly 45% premium over Allergan’s closing share price Monday. AbbVie traded Tuesday at about $67 a share for a $99 billion market cap, down 15%.

Including debt, the acquisition is worth nearly $80 billion.

Allergan was known as Actavis plc until the New Jersey-based firm bought Irvine-based Allergan Inc. for $72.5 billion in early 2015.

The company, now registered in Ireland for tax purposes, took the Allergan name and the AGN ticker symbol.

The combined company’s stock price surged past $300 in 2015 but has since fallen precipitously. It was trading at $164 as of early Tuesday.

Talk of change at Allergan had picked up steam the past few weeks; analysts this month floated the idea of the company splitting itself in two.

AbbVie itself was split from Abbott Laboratories in 2013. Abbott has substantial operations in Orange County, where it employs about 500, but AbbVie—whose best-known product is Humira, used to treat various ailments—does not have a significant presence here.

Allergan is estimated to employ about 850 people in Irvine. Employee counts at the local office near John Wayne Airport are down significantly from 2015.